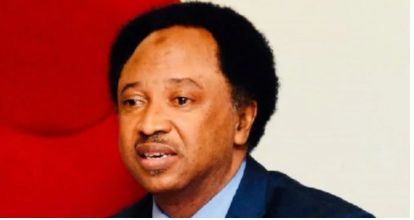 Shehu Sani, a former Kaduna lawmaker, has reacted to the conflicting number of students kidnapped by gunmen in Government Science Secondary School, Kankara.

The Governor of Katsina State, Aminu Masari had said that 333 students were still missing from the school.

He was quoted as saying “Based on available records, we are still searching for 333 students through either the forest or their parents to ascertain the actual number that has been kidnapped.”

However, the Presidency on Sunday through the Senior Special Assistant to the President on Media and Publicity, Garba Shehu, claimed only ten students were abducted.

The confusion has now sparked reactions from Nigerians on social media.

Shehu Sani on his Twitter page condemned the reports of conflicting numbers, saying the incident calls for empathy and action, no matter the numbers.

Sani noted that it was still a failure of duty to protect, even if just one person was kidnapped.

His tweet read: “Whenever people are killed or kidnapped, next comes disagreements in figures of the casualties or victims.

“Even if it’s one, it is still a tragedy resulting from the failure of duty to protect or prevent; And that calls for empathy and action.”