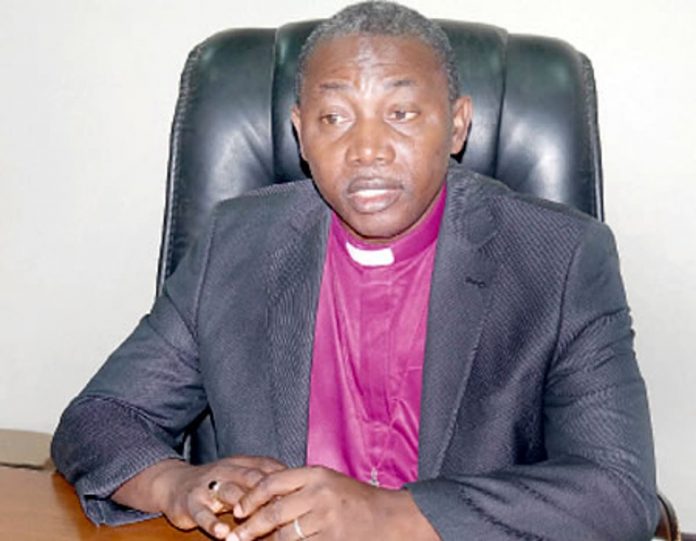 Renowned Professor of Christian Studies and immediate past Vice Chancellor, Ajayi Crowther University, Rt. Rev Prof. Dapo Asaju has called for the integration of theology and moral studies into the educational curriculum to address the challenges confronting the Nigerian nation.

The Bishop of the Anglican Diocese spoke on Wednesday, 2nd December, 2020 at the Faculty of Arts Annual Faculty Lecture titled “The Role of Theology in the Evolution of Sound University Education and Nation Building in Nigeria” where he posited that the country’s failure in governance and indeed almost all aspects of national life is attributable, largely, to the complete secularization of education from the primary to the university levels.

Professor Asaju, who recently returned to the Department of Religion and Peace Studies, LASU, after five highly successful years as Vice Chancellor of ACU, revealed that Nigerians enjoyed a more peaceful, stable and cohesive society in the past when godliness was an integral feature of education. “Life was better when godliness was in built in our educational system , politics and governance, than now, when it appears that very many products of Universities and schools as well as leaders and rulers in government have failed due to lack of the fear and discipline, which godliness enhanced hitherto. We now have failed states, not only in Nigeria but even in the other parts of the world. In schools, people knew they had to acquire and develop good character as they did sound education. Students were certified worthy in both character and learning. But today, it is not so and that is why we have this level of decadence. When schools train people in to acquire certificates without without character, you succeed in training clever demons who will use their skills to injure others.”

He further urged Nigerians and people the world over to embrace God and His teachings as Theology, which is “the systematic study about God in it’s full ramifications is fundamental to our private and public lives.”

He argued that communalism, discipline, sound character and hardwork, all of which were part of the lives of African in the past, have been jettisoned, no thanks to globalization, for individualism, poor morale and get-rich-quick mentality, all of which are antithetical to Nigeria’s development as a nation.

He therefore urged people to chose wisely:
“Globalization has not only shrunk human societal divides, it also has provided the platform for shared cultures and mutual influences to the extent that technology has placed in every hand massive information containing both virtues and vices. As it were, there is an ongoing battle between two extremes of God versus Satan, good versus evil, light versus darkness, discipline versus lawlessness, the fruit of the spirit versus works of the flesh, heaven versus hell and life versus death”

He conclude that “a messiah is needed in Nigeria and I postulate that because our national problems are both physical and spiritual, the study and practical adoption of the principles and tenets of Theology can be helpful in providing the foundational bedrock for sound education and nation-building in Nigeria , Africa and the world at large.”

Earlier in his remarks, the Vice Chancellor, Lagos State University and Chief Host of the Lecture, Prof Olanrewaju Fagbohun, SAN, NPOM, described the Faculty Lecturer, Prof. Asaju as a strategic leader and achiever of distinction: “What comes readily to me when describing Prof. Asaju is his immediate past service at ACU. Under his watch, 94 buildings were executed in the University Campuses in a university where there is no external subvention. He is an administrator per excellence, a strategic leader and an achiever of distinction. He refused to be the Vice Chancellor for a second term and I didn’t just read it in the media, I was privy to it. I congratulate the Faculty of Arts for bringing him back to deliver this lecture within a short time.”

The highly enlightening programme had in attendance some members of the University Management, including the Deputy Vice Chancellor, Academic, Prof. Wahab Elias, Registrar, Mr Olayinka Amuni, University Librarian, Dr. Emmanuel Lai Adebayo, other senior members of University including former Acting Vice Chancellor, Prof. Ibiyemi Olatunji-Bello, mni, Dean, Faculty of Arts and Host of the programme, Prof. Tayo Ajayi, Heads of Departments, Professors, and other teaching and non-teaching staff and students of the Faculty.