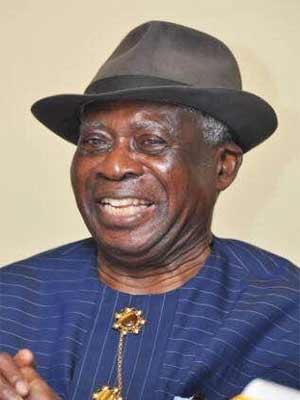 The renowned former Justice of Supreme Court of Nigeria, Hon. Justice Adolphus Karibi-Whyte had just passed on.
The late jurist was an epitome of knowledge and a Professor of Law who hails from Abonnema, Rivers State.

Justice Karibi-Whyte was in 1976, appointed as a Judge of the Federal Revenue Court where he began is illustrious judicial career.

Thereafter, he was elevated to the Court of Appeal in 1980, and later to the apex Supreme Court of Nigeria in 1984 where he later retired after a meritorious judicial service.

His Lordship was a fine jurist with penetrating and lucid reasoning in his judgements.

Significantly, His Lordship was courageous to dissent with majority views while he was in the Supreme Court. Some of the celebrated judgments where he dissented include Government of Gongola State v Tukur (1989), Attorney General of the Federation v Attorney General of Abia State , Grace Jack v University of Agriculture, Makurdi (2004), Savannah Bank of Nigeria Limited v Pan Atlantic Shipping & Transport Agencies Limited (1987) amongst others.

Indeed, the Nation had again lost one of her fine Jurists.

May God have mercies on his departed soul.