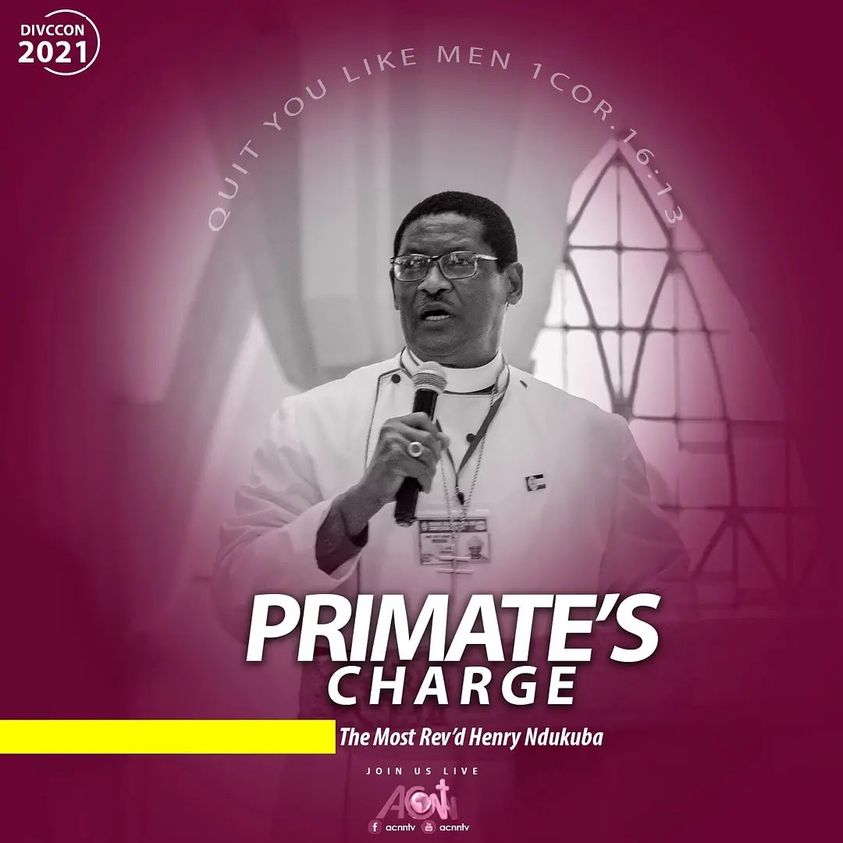 The Church of Nigeria, Anglican Communion has urged Nigerians to shun drug abuse to save themselves from its negative effects.

Most Rev. Henry Ndukuba, Archbishop Metropolitan and Primate, Church of Nigeria, Anglican Communion, gave the advice in Abuja at the 2021 Annual Divine Commonwealth Conference with the theme: “Quit You Like Men.’’

Archbishop Ndukuba, who took his reading from the scriptures in first Corinthians Chapter 16, Verse 13: “Watch ye, be vigilant, stand fast in the faith, quit you like men, be strong,” said the message was a call not be afraid because God was with them.

According to him, drug abuse was sapping Nigerians off their money, resources and mental health.

“If you drive around this city, you may see or know of spots where drugs are openly peddled and they are patronised by all and sundry cutting across classes.

“It does not matter where, even in the rural areas, drugs are also having a field day dehumanising our people and as you may see the primary school children, young men and women, even married women are also addicted to drugs.

“This is one thing that does not respect class; a man was killed by a lady in Lagos, the issue is that they had drugs so you find out that even CEOs can still be drug addicts.

“Do we talk of the security organisations, in fact, most of the crimes that we suffer in Nigeria including banditry and other things are rooted in drug addiction?

“Deal with drugs, deal with gun control and you will subdue most of our problems,” he said

Ndukuba, therefore, said that the Church of Nigeria had taken this as a challenge to sensitise people, “to tell them drug is bad, it is evil, it dehumanises, it eats up finances and robs them off their dignity.”

He said that the most painful aspect of it was that the sponsors of drugs in Nigeria were well to do because the ordinary young boy in the streets made the sales, and would not be able to pay his air ticket abroad or know how to process heroin.

He said that there was the need to rise up against the menace, adding that “our people should not be enslaved or sold for a pittance because somebody wants to make money quick.‘’

Ndukuba also called on politicians to back to their primary responsibility.

“We are not lazy, the ordinary Nigerian is not a beggar and we want to ask them to do what they should in order to create an environment that will make our people thrive to feed themselves, we are not asking too much,” he said.

Ndukuba also urged Nigerians to be alert about their mental health, adding that in spite of the challenges of the nation they should not give up hope.

He said that he believed God at such a time when the hearts of men failed them, when people did not know where help would come from, it was better to look up to the Lord.

He said that although the problems might look enormous, Nigeria may seem as though she was engulfed but the word of the Lord to the nation was ‘be courageous because this is a passing time.’’

According to Ndukuba, God is saying `Be courageous, I will be with you, I will not leave you nor forsake you, no matter the challenges.’’

Primate Ndukuba said that the conference started in 2011 and it was meant to be a gathering to just sit at the feet of the Lord.

He further urged Nigerians to listen to God’s words and to pray for families, the church, and for the nation.