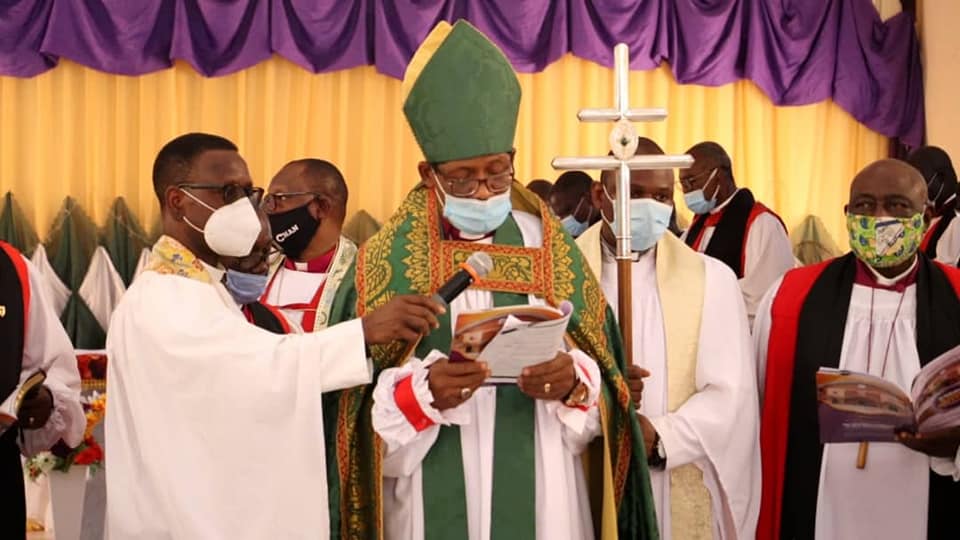 Share
Facebook Twitter LinkedIn Pinterest Email WhatsApp
Members of the Diocese of Ajayi Crowther Iseyin of the Church of Nigeria Anglican Communion on the Wednesday 20 January 2021 rolled out the drums in excitement to welcome their New Primate of all Nigeria The Most Rev’d Henry Ndukuba and his wife Angela for the Rededication of their multi-million naira Cathedral Church of St Paul situated at Oke-Igbagbo, Iseyin in Oyo State.
For the Archbishop Metropolitan and Primate of all Nigeria it was a mission fulfilled as he on that day used a stone to kill two birds. Earlier that morning Archbishop Ndukuba, his wife and entourage took off from the ancient city of Abeokuta to Osoogun for the dedication of Bishop Samuel Ajayi Crowther Mission Centre at 10 am. 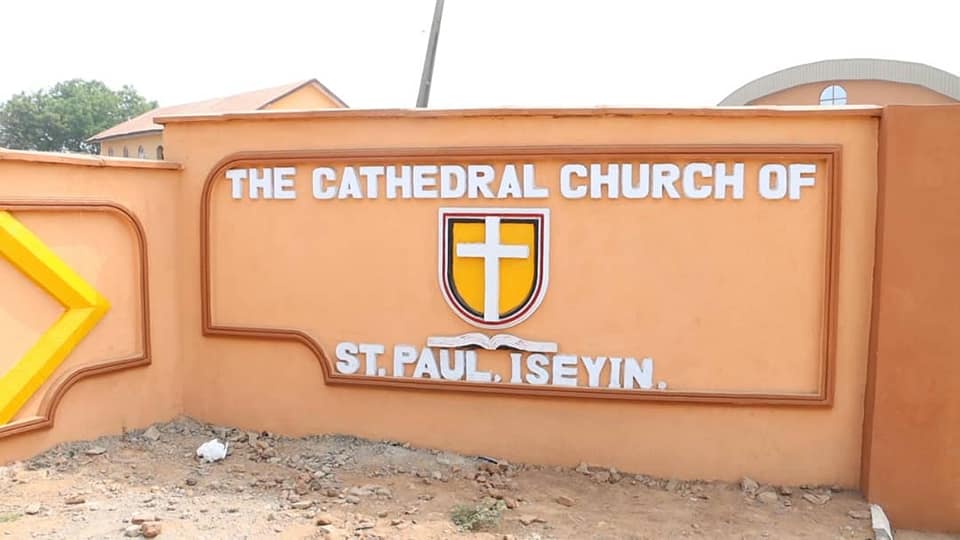 By 2 pm, The Primate and his entourage were at Iseyin – one and half hours- drive from Osoogun.
The re-dedication of the Cathedral Church was attended by Archbishops, Bishops, Priests and Laity. It was indeed a watershed event in the history of this missionary diocese.
It was a remarkable history that started about 1300 AD when Henry Townsend visited Iseyin on 13 September 1853 with the mind of extending the successful Christian Mission in Abeokuta to other Yoruba towns especially in Oke- Ogun. However, he discovered that Islam had been widely embraced by a vast number of Iseyin people. With this in mind he was disappointed and remarked that he doubted if Christian faith could ever thrive in Iseyin. 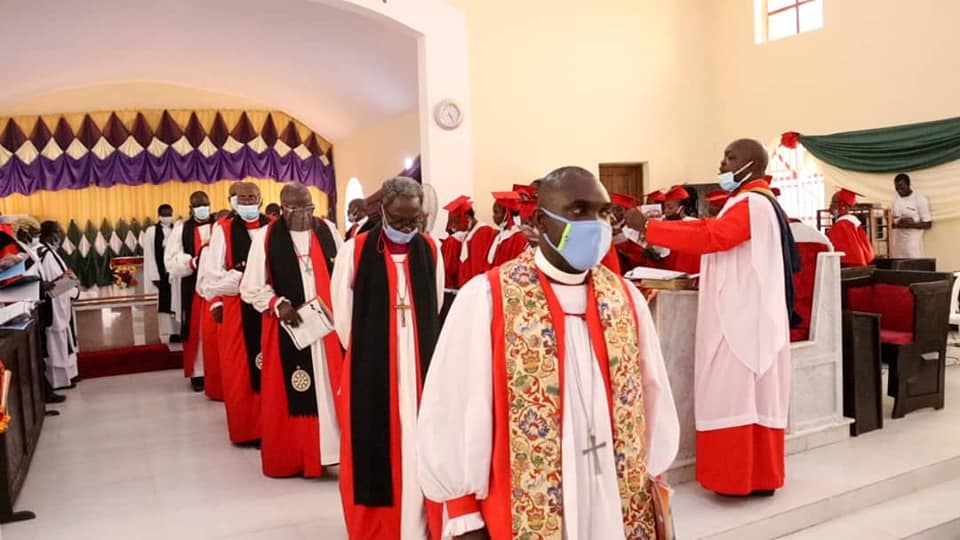 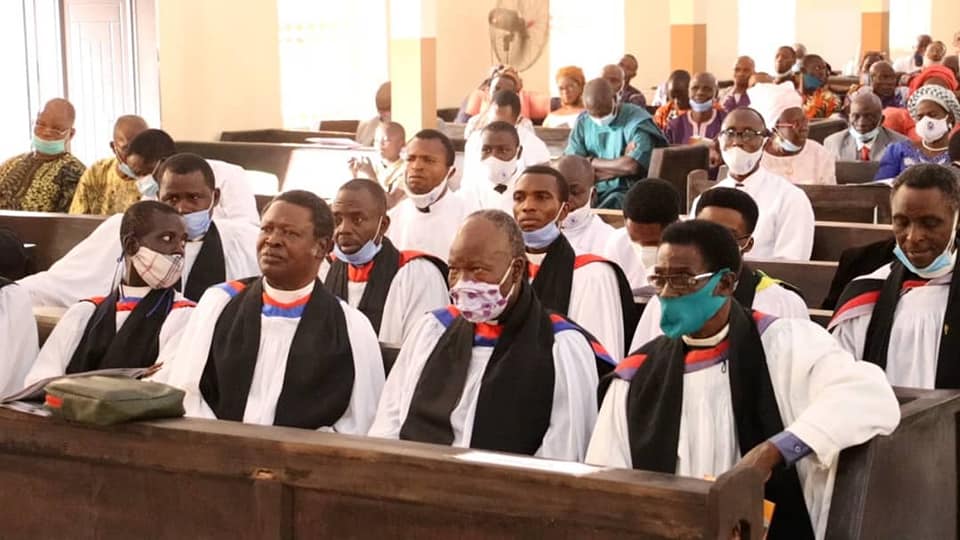 The pioneering Bishop The Right Revd Oduntan Olugbenga Olukemi while giving vote of thanks gave a chilling history of how the Ajayi Crowther Missionary Diocese was inaugurated on 11 March, 2007 with him doubled as a pastor with only a supporting priest till 2010.
He spoke of how the mission of the Anglican Church paved the way for western civilization in the . He said the Church which was being rededicated was conceived and its foundation laid in 1974 by the late Most Rev Timothy Omotayo Olufosoye then the Bishop of Ibadan Diocese and Archbishop of Nigeria . He noted that the Church grew numerically with amazing rapidity that called for a bigger structure. The Church building was officially opened and dedicated on on 18 May 1985. Coincidentally the daughter of Archbishop Olufosoye, Justice Tayo Osoba is the current Chancellor of the Diocese. 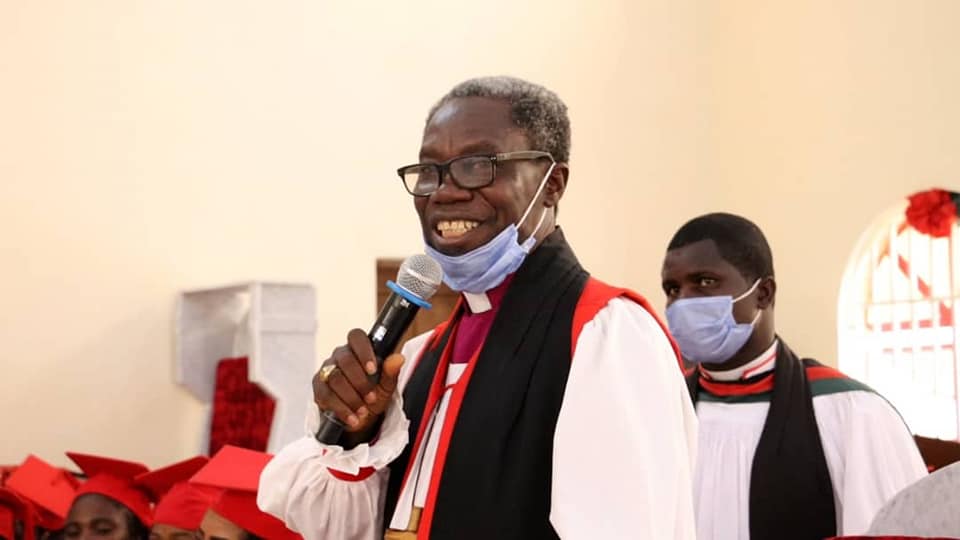 Bishop Oduntan spoke on how disaster struck in January 2017 when the roof of the Church caved in probably due to poor workmanship. To compound their problems was the poor finance of the Diocese which made re-fixing a mirage. To God be the glory Bishop Oduntan said miraculously the Lord raised people within and outside the Diocese with handsome financial support. Suggestions came from stakeholders which resulted in pulling down a major part of the old structure and fortifying the existing one. This he said was accomplished in a record time ” and here we are today rededicating a brand new Cathedral.” I hereby serve you with memorable pictures from the event.
Share. Facebook Twitter Pinterest LinkedIn Tumblr Email WhatsApp