The Primate of the Church of Nigeria (Anglican Communion), Most Rev. Henry Ndukuba has called on Nigerians to shun the get-rich-quick syndrome pervading the country, adding that Nigerians should exercise faith in God, as those who wait upon God have a better reward. 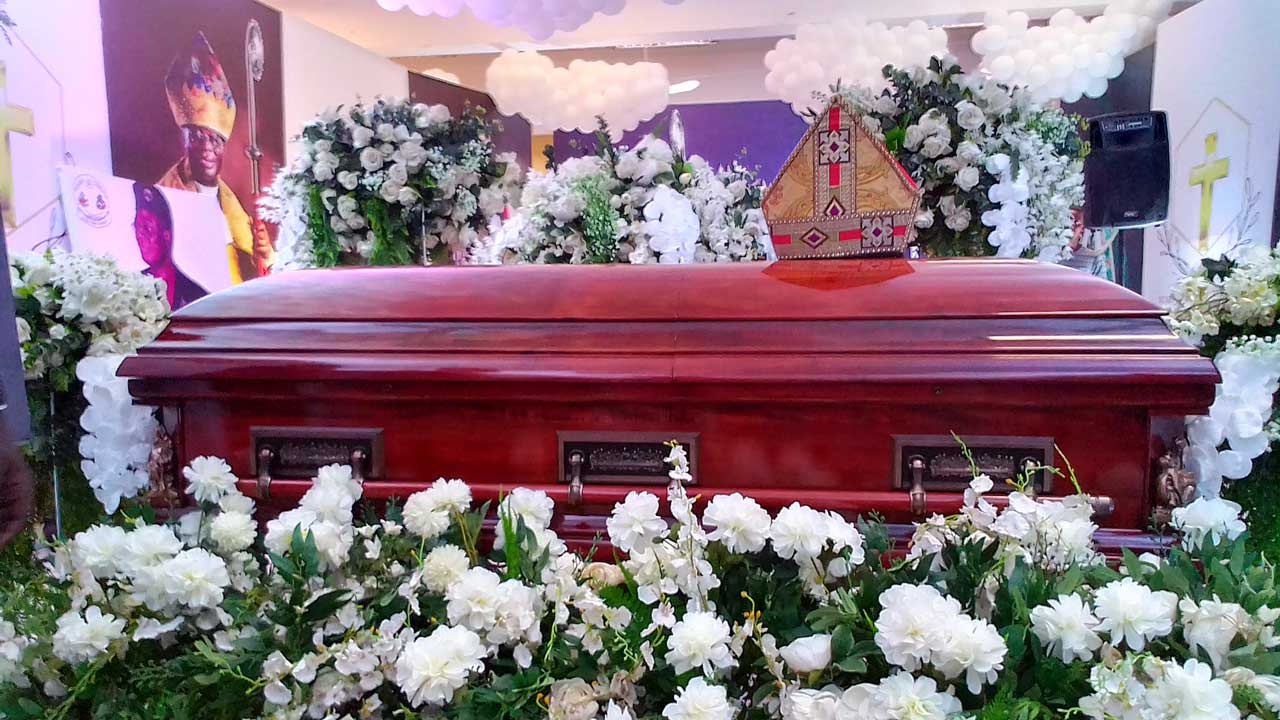 Speaking at the Commendation/Farewell Service at Archbishop Vining Memorial Church Cathedral, Ikeja, Lagos, in honor of the late pioneer Bishop of the Diocese of Lagos West, Church of Nigeria (Anglican Communion); Rt. Reverend (Dr.) Peter Awelewa Adebiyi, died on February 10, 2022, after a brief illness. Baba Adebiyi was Bishop of Lagos West, Anglican Diocese until 2013 when he retired from active service, having clocked the mandatory 70 years for retirement. Baba Adebiyi, who hailed from Osi-Ekiti, Ekiti State also lost his wife, Mrs. Caroline Adefiola Adebiyi on December 31, 2015.

Ndukuba who spoke on the theme: “The Blessed Hope of The Believer,” said that without hope people would live in desperation and can commit any evil or atrocity. He cautioned Christians to be careful and know the type of people they keep as companions.

“If your hope does not have eternal relevance, it ends here on earth. Even as a believer if your hope is only for you to make it, grab it, have it, possess it because that is the gospel that people preach today, prosperity without investment. It is no longer believing in the Lord Jesus Christ,” the Primate said.

The Head of the Anglican Communion noted that the late Baba Adebiyi had only changed address and even if you tell him to come back, he would not come because he is now in a better place.

According to him: “He will no longer feel the pains or need any medication. He is in the bosom of the Lord, waiting for that great day of the revelation of Jesus Christ. Brethren, Baba is at peace, having followed the Lord all these years. God will always tell any of His servants when his/her time is up to go. Baba knew that he was going. He was someone you can confide in and he would take care of whatever you have shared with him. He is not like those that will call you good names in your presence, but stab you behind.”

The first son, Adeboye Adebiyi, who spoke with The Guardian said: “My father was a complete man, who lived and fulfilled his role as a father. He was a man that loved his family, and the church and was devoted to the service of God and mankind. We are very grateful to God for the legacy he left behind.”

The Bishop of Remo Diocese, Most Rev. (Dr.) Michael Fape described the late Baba Adebiyi as a mentor and a man who would call a spade a spade.

He said: “Coming here this morning and seeing Baba’s body lying-in-state invokes a great sense of respect in me for elders in the ministry and those who have really labored in the church of God. Baba was just a man of integrity, a voice for the voiceless, confident and bold. He was not afraid, to tell the truth. He stood for the truth and he would call black, black and white, white.

“Of course, he was not diplomatic; he would tell you what he felt on every issue. Each time he spoke in the College of Bishops, he evinced integrity and truth. By the time, he retired…we knew the Church of Nigeria has missed somebody in our midst. But now that he is called home, we thank God that he used his gift to serve the church and humanity. He was such an amazing man of God and we are eternally grateful to God for his life. He was a blessing to the church of God and everyone around him. I worked with him on so many theological issues in the Church of Nigeria; he was indeed a mentor.”

Also, the Diocesan Bishop of Lagos West, Rt. Rev. (Dr.) James Olusola Odedeji described the late Bishop as being compassionate and generous to a fault.

“He wished everybody well and appreciated people’s efforts. He was never proud but positively impacted many souls. What we can learn from his life is his humility, forgiveness, and encouragement,” he said.

Baba Adebiyi who was buried in his hometown in Osi Ekiti, Ekiti State on April 29, 2022, would have been 79 on April 27, 2022. The service attracted about 28 Bishops of the church and many dignitaries from Nigeria and abroad including the representatives of Lagos State Governor, Babajide Sanwo-Olu.