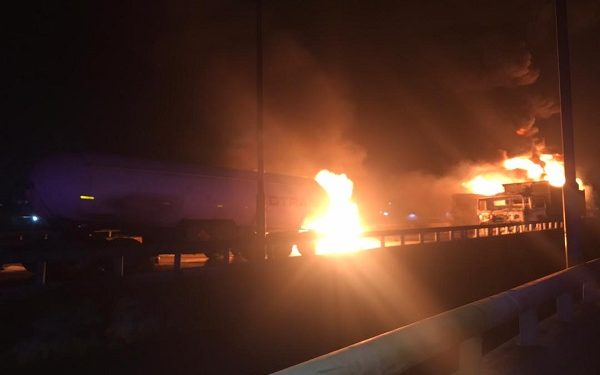 About four persons were at the wee hours of Sunday feared dead after three petroleum tankers and an articulated truck exploded on Kara Bridge, Lagos-Ibadan Expressway.

The explosion occurred around 12:30am following collision of two tankers laden with Premium Motor Spirit (PMS) and Gas on the outward Lagos lane.

Aside the two tankers, the fire which followed their collision extended to another tanker and a trailer, said to have also exploded. 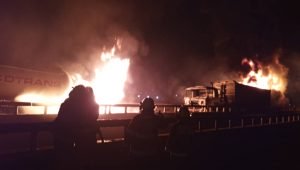 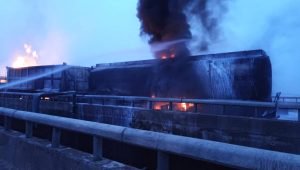 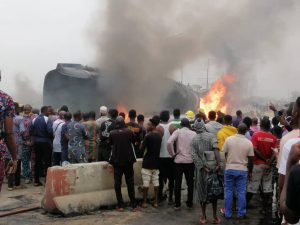 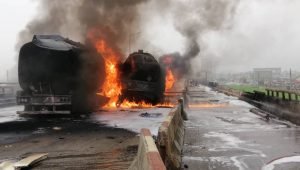 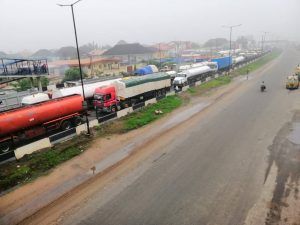