#EndSARS protesters on Sunday blocked the Central Bank of Nigeria (CBN) headquarters, calling for an end to police brutality and extrajudicial killings.

The protest which has lasted over 10 days is also holding in other parts of the country with the protesters vowing not to leave the streets until their demands are met.

Although the Inspector-General of Police (IGP), Mohammed Adamu had disbanded the notorious Special Anti-Robbery Squad (SARS) in the wake of the protests, the agitation has continued to gain traction across the country.

They have rejected the new tactical unit –  Special Weapons and Tactics (SWAT) –  formed by the police authorities to replace SARS, saying there is no difference between the former and the latter.

Below are photos of the protesters at the CBN headquarters in Abuja: 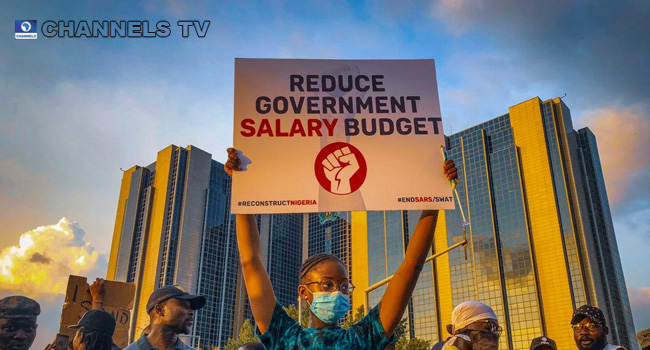 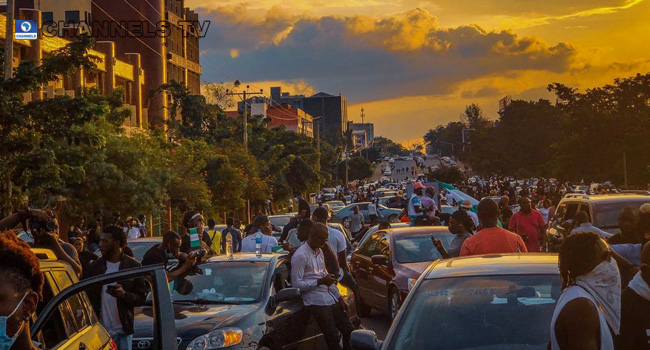 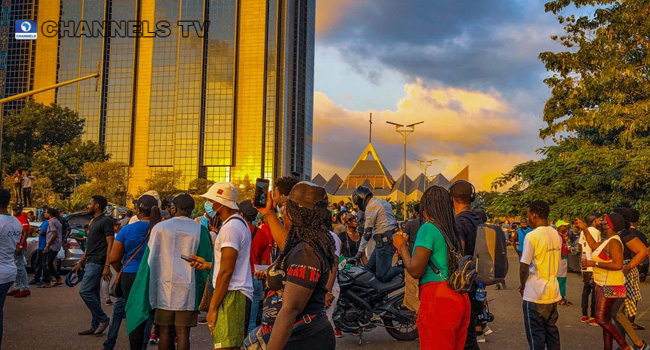 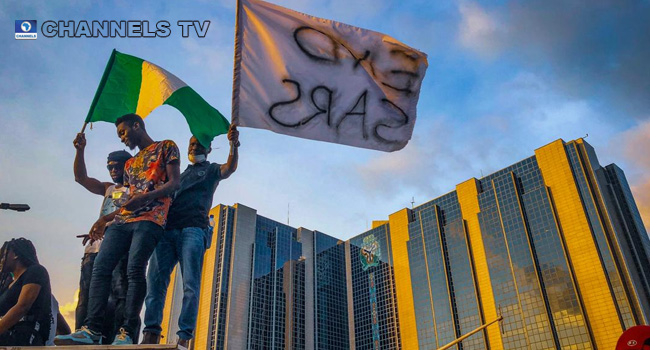