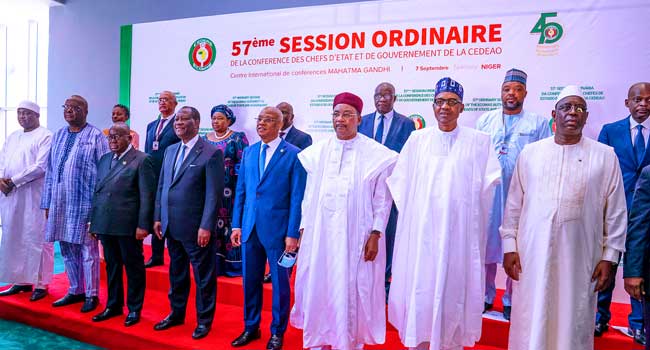 The President was accompanied by the Governor of the Central Bank of Nigeria, Godwin Emefiele; the National Security Adviser, Babagana Monguno; the Minister of Aviation; Hadi Sirika among other government officials.

During the summit, the regional bloc made a new appeal for Mali to make a “swift” transition to civilian rule following a military coup on August 18.

According to a media report, President Issoufou who is the current ECOWAS chairman called on the military to cooperate with the body.

“It is our community’s duty to help Malians towards the swift re-establishment of all democratic institutions. The military junta must help us to help Mali,” he said at the start of a summit.