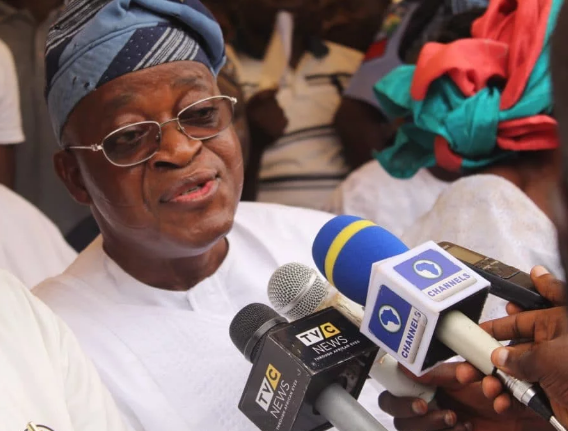 Osun State Governor, Gboyega Oyetola, has issued an ultimatum to those who looted government and private property.

He warned them to return all items taken within 72 hours.

Oyetola said failure to abide by the directive will lead to the prosecution of anyone arrested for the act.

He spoke with newsmen on Sunday during an assessment tour of some of the locations attacked.

The governor told the culprits to surrender all stolen items to the security agencies, traditional rulers, local government chairmen and community leaders close to them.

He noted that defaulters would be tracked and brought to justice, while those who embraced it would be forgiven.

Oyetola sympathised with victims of the lootings and promised them government’s support.

At Tuns Farm, the Osun helmsman commiserated with the Chairman, Tunde Badmus, over the death of his staff during the raid.

“What I witnessed here today is not a question of hoodlums, but armed robbers. They have removed all the machines here. It is very unfortunate. I can say categorically that End SARS protest is not what we are seeing here today. This is pure looting”, Oyetola fumed.