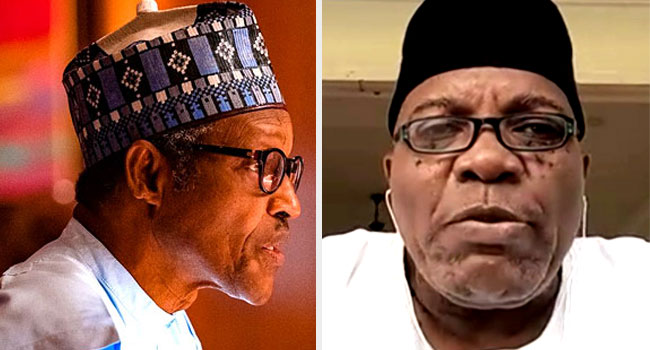 A former presidential aide, Dr Doyin Okupe, has appealed to the Muhammadu Buhari administration to correct the mistakes made by previous governments in the nation’s health sector.

Speaking during his appearance on Channels Television’s breakfast show – Sunrise Daily on Monday, he urged the Nigerian government to build at least one world-class hospital in the country to discourage medical trips abroad.

Okupe, who was once a Senior Special Assistant on Public Affairs to former President Goodluck Jonathan, admitted that it was disheartening that the nation does not have such a standard facility since it gained independence in 1960.

“The mistakes of the past are daunting, they are perplexing, they are embarrassing that since 1960 to date, we cannot boast of one major centre in the whole country that makes it irrelevant for you to go abroad,” he stated.

The former presidential spokesman and his wife tested positive for coronavirus (COVID-19) in April and were discharged from the treatment centre after they recovered fully.

Although he barely showed any symptoms before going into isolation, he revealed that he developed a fever days later.

Okupe, however, stressed the need for Nigeria to pay more attention to its health sector and take advantage of the COVID-19 pandemic to learn its lessons.

He believes the country has the resources to establish a standard hospital and a Nigerian was recently appointed as the head of the COVID-19 team in Sierra Leone.

“As a doctor, I can tell you for free that we have the expertise – both at home and away.

“There are thousands and thousands of very very highly qualified, competent professionals who are abroad in the US and everywhere, including Nigeria,” he said.

The medical doctor added, “The problem that we will run into, the shame that will overcome this country is if we do not learn a great lesson from this.”

He insisted that the government must discourage the practice of seeking medical treatment abroad by its citizens.

According to Okupe, building a standard hospital that will not require any Nigerian to travelled abroad for medical treatment is less than $150 million.

“That is just it – $150 million; if you multiply that by six, you are not even talking about $1 billion and we have been given $3.5 billion.

“If we just take one out of that and spend it to establish these things, then we would have learned a great lesson, and I believe that this government will do so,” he stated.