Nine Months After, FG Yet to Appoint Head for Christian Pilgrim Commission 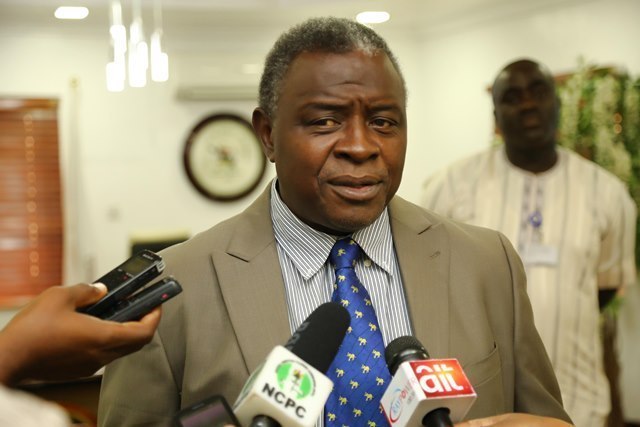 Nine months after the removal of the Executive Secretary of the Nigerian Christian Pilgrim Commission (NCPC), Rev. Tor Ujah, the federal government has not appointed a replacement in a substantive capacity, we has learnt.

Since the disengagement of Ujah in August, 2019, the commission has been administered by the Director of Administration in the commission, Mrs. Esther Kwaghe, in an acting capacity.

When we contacted the Christian Association of Nigeria (CAN), a top official who pleaded anonymity said CAN had no direct responsibility for the commission.
He said statutorily, the commission is under the office of the Secretary to the Government of the Federation (SGF), adding that as a Christian, the vice president is allowed some measure of influence over the affairs of the commission.

We gathered that the activities of the NCPC have been slowed down due to the uncertainty over its leadership.
For instance, the person who has been overseeing the affairs of the commission is said to be merely designated as “director in charge,” which places her in a very limited capacity to carry out the functions of the executive secretary.
A source at the commission told us that the acting position does not allow certain decisions to be taken to enhance the effectiveness of the commission.

“The designation as the director in charge had ab initio put her in very serious limitations. She can do virtually nothing without reference to the board,” the source said.
When the former executive secretary was removed, the federal government gave a strong indications that a substantive head would soon be appointed to replace him.

This assurance was given in the statement conveying the sack of Ujah, which was signed by the Director of Information at the Office of the Secretary to the Government of the Federation, Mr. Willie Bassey.

He had stated that the disengagement was in line with the provision of Section 4, sub-section 3 of the Nigerian Christian Pilgrim Commission Act.

When we reached out yesterday to the Chairman of the commission, Pastor Yomi Kasali, he stated that it was the responsibility of the president to appoint a substantive executive secretary for NCPC.

Another source told us that when a similar position became vacant at the National Hajj Commission of Nigeria (NAHCON), the vacant position was promptly filled by the federal government.

“What is more curious about the whole situation is that the position at the Christian Pilgrims Commission became vacant in August, months before that of the National Hajj Commission of Nigeria (NAHCON), which became vacant in November last year.
“But President Muhammadu Buhari immediately appointed a new chairman for NAHCON,” the source said.