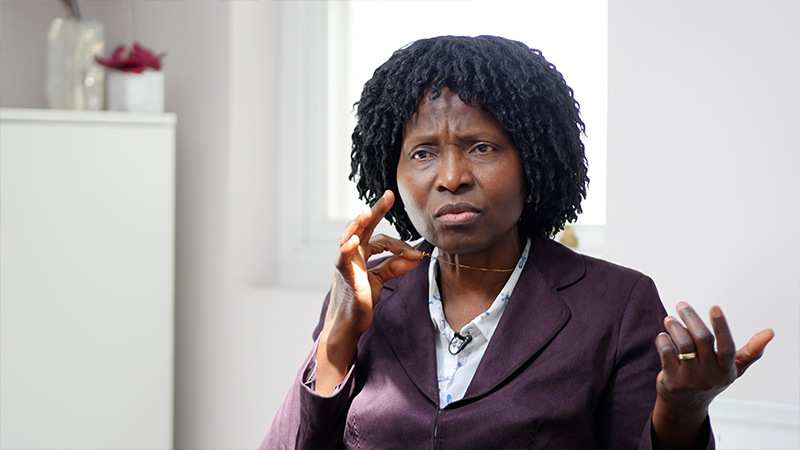 A Nigerian born Roman Catholic nurse, Mary Onuoha, who was harassed by NHS bosses for wearing a small crucifix has won her discrimination case against a south London hospital trust.

Operating theatre nurse Mary Onuoha, 61, was suspended in November 2018 after she rejected a series of attempts to stop her wearing the item.

Senior staff at Croydon University Hospital in south London had claimed it violated the Trust’s dress code and posed an ‘infection risk’.

In his judgment he wrote that the Trust had created a “hostile and threatening environment” that Onuoha found “humiliating”, and had been “offensive and intimidating” when the experienced nurse had complained.

The tribunal heard that she had worn the crucifix without incident for more than 14 years before first being asked to remove it in 2014.

Judge Dyal ruled that the Trust’s dress code had been applied “in an arbitrary way”.

He said there was “no cogent explanation” as to why religious attire such as hijabs and turbans were permitted but not “a fine necklace with a small pendant”.

The judge added: “There has been no evidence, for instance, that these items carry a lower infection risk than a necklace” and noted that, except in the case of the long-serving nurse, “the wearing of non-compliant jewellery was very widely tolerated”.

Onuoha was supported by Christian Concern. Its CEO Andrea Williams welcomed the verdict.

“It was astonishing that an experienced nurse, during a pandemic, was forced to choose between her faith and the profession she loves.

A spokesman for Croydon Health Services NHS Trust said: “We would like to apologise to Mrs Onuoha.”

The Trust added: “It is important that NHS staff feel able to express their beliefs, and that our policies are applied in a consistent, compassionate and inclusive way.”