Nigerian league at 30 has been disappointing, says Onigbinde 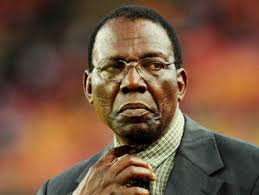 While Nigerian football followers have been celebrating the country’s league on its 30 anniversary, former Super Eagles coaches, Adegboye Onigbinde and Joe Erico say they are disappointed with the performance of the competition.

Onigbinde told The newmen at the weekend that the Nigeria Football Federation (NFF) and stakeholders have not set out guidelines for the development of the Nigerian Professional Football League (NPFL), adding that the competition in the 1960s up to 1980s was better in terms of entertainment and production of great talents recognised in Africa and the rest of the world.

Onigbinde said youths of that era already mastered the rudiments and techniques in the game in various outlets before becoming professional footballers unlike the current situation where players in the league lack the basic techniques.

“I was among the people that started the Nigerian league. At the beginning of the programme, the standard was all right and football-loving Nigerians at that period were always eager to watch the league because of the calibre of players in the various teams.

“These quality players were discovered in schools or had the privilege of working with coaches through the school system. “But in this era, things have gone bad. There is no process of grooming players. Every player wants to play in the top-flight league for clubs that don’t have quality feeder teams to train players.

“Recently, a national team coach said we don’t have quality players in the NPFL any more. This is a league that produced players like Segun Odegbami, Rasheedi Yekini, Okocha, Kanu, Amuneke and others.

“The problem is that there is no organised process to nurture and groom players in place in the country and
Nigerian coaches are seldom exposed to refresher courses abroad.

“We need quality coaches to work with players. FIFA and CAF policy directs that every country should aspire to develop their football from time to time,” he said.

Also speaking on the development of the Nigerian league after 30 years, Erico said maladministration and greedy stakeholders have held down the competition.

According to the former Julius Berger coach, “when the Nigerian league started I was among the participants. It was exciting and competitive.
“When Julius Berger and Iwuanyanwu Nationale played, the stadium was usually filled with fans. Players from Ghana and other countries in Africa came to play in our league. It was one of the best in Africa in the 60s and 70s.” Erico said things started going wrong when greedy and selfish administrators hijacked the league and started using it to amass wealth.

“They stopped caring about players’ welfare and security issues such that fans could no longer go to stadiums to watch matches. These as well as bad pitches also affected the game.

“At 30, the standard of Nigerian league is low and to get it right again, football authorities have to do something about it,” he said.