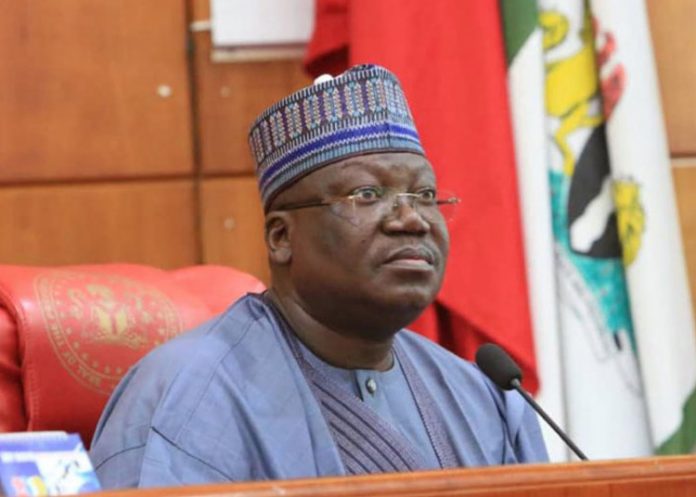 Nigeria’s Senate President Ahmad Lawan has said the country’s Southwest governors should be blamed for the recent ethnic violence, which erupted in some states in the region and targeted the people of Fulani extraction, because they instigated the crisis through their unguarded utterances.

But, to prevent a reoccurrence, Lawan suggested that all those responsible for the killings and destruction of properties during the crisis should be arrested and brought to justice, insisting that it was not enough to pay compensation to the victims of the crisis.

Speaking during an interview with the Hausa Service of the British Broadcasting Corporation (BBC), Lawan described what happened in some parts of the Southwest particularly, in Ibadan, Oyo State, as a failure of leadership.

“What happened in Oyo State and some states in the Southwest and probably the Southeast, was truly a failure of leadership. I will not only blame governors, the governors have a responsibility to protect people in living their states,” the Senate President said.

According to him, “The utterances of some governors in the Southwest region encouraged the indigenes, who felt their leaders gave them license.”

Lawan, who said the crises happened, when the senate was on recess, also noted that the issues were discussed on the floor of the upper chamber of the National Assembly upon resumption.

“We were on recess, the issue was the first before the floor of the senate and it was debated on what happened in various parts of Nigeria and the murder of people in Oyo State, was among the issues we discussed.

“We did not approve of political leaders making inciting statements and causing confusion among the people. We condemned any tribe or some irresponsible people, who insist that if you are not an indigene of a particular place, you will not come and live there,” Lawan contended.

Further, he argued that, “The governors held a meeting with President Muhammadu Buhari and he told them that the federal government will not tolerate utterances from any governor that will incite people leading to the murder of other people, who are considered as non-indigenes.

“The constitution of Nigeria gives every Nigerian the right to live anywhere in the country and pursue means of livelihood. The Vice President met yesterday with the governors, it was agreed that those whose property were burnt during the crisis that occurred should be compensated.

“For me, yes, let compensations be paid, but those responsible for the killings must be brought to justice even when compensation is paid. The security agencies must fish out the perpetrators and bring them to justice if we must address this problem.

Governor Rotimi Akeredolu of Ondo State and chairman of the South-West Governors’ Forum, who spoke at the end of the meeting said that though the meeting was at the instance of the Chief of Staff to the President, Prof. Ibrahim Gambari, the Inspector General of Police, Mohammed Adamu, and the Director-General of the Department of State Services, the trio could not fly out of Abuja due to bad weather.

He said that the governors and the traditional rulers thereafter decided to meet to appraise the security situation in the zone.

A statement by the Chief Press Secretary to Governor ‘Seyi Makinde of Oyo State, Mr. Taiwo Adisa, indicated that Akeredolu read a three point communique agreed to after the meeting:

“That the meeting supported the decision of the National Economic Council (NEC) on forest management; that the nation’s borders need to be fully secured and protected; that open grazing must be checked and looked at and that media practitioners must assist the country to end fake news,” he said.

The meeting, which was held inside the Executive Council Chambers of the Governor’s office, Agodi, Ibadan, had in attendance five governors including the host, Governor Makinde; Governors Akeredolu of Ondo, Kayode Fayemi of Ekiti, Gboyega Oyetola of Osun and Dapo Abiodun of Ogun State.

The meeting equally had in attendance the Deputy Inspector General of Police in charge of Southwest, David Folawiyo, and security chiefs serving in Oyo State.

Others included the chairmen of Council of Traditional Rulers in each of the South-West states and some first class monarchs.

According to Akeredolu, the meeting was held to find lasting solutions to the lingering security issues in the zone.

Also in attendance was the Oyo State Commissioner of Police, Ngozi Onadeko, and other heads of security agencies in Oyo State.

At the end of the meeting, the Chairman, South-West Governors’ Forum, Akeredolu briefed newsmen about the resolutions of the meeting.

Akeredolu told newsmen that the Chief of Staff to President Muhammadu Buhari, Prof Ibrahim Gambari; Inspector General of Police, Mohammed Adamu and the Director General of the DSS, Yusuf Bichi couldn’t make the journey to Ibadan to attend the meeting due to bad weather.