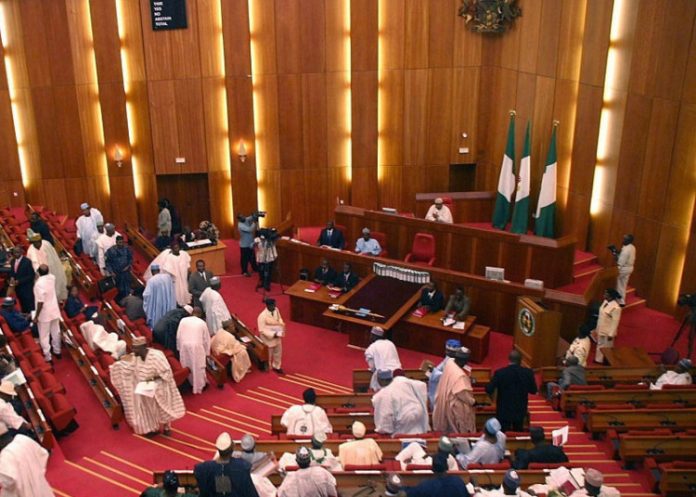 The Nigerian Senate Thursday took on the Nobel Laureate, Prof. Wole Soyinka, over his allegation that the lawmakers are ignoring the clamour for restructuring the country, saying that the controversial issue is one of the issues to be considered in the review of the 1999 Constitution (as amended) by the National Assembly this year.

Soyinka, while featuring on a live TV programme on Wednesday, had accused the federal lawmakers of abandoning the clamour for restructuring and struggling for various committees where “goodies are shared.”

He urged the National Assembly to listen to the calls for the restructuring of Nigeria and take steps to make the demand a reality.

He said the National Assembly has the powers and moral authority to respond to the calls if the presidency is not doing so.

“Very often, they are struggling for those various committees where I think all the goodies are shared. So, they are compromised. But when I speak about this, I’m not speaking about the entirety. But unfortunately, there are those who are purely for their own interest and who make compromises with the executive simply because they want to fulfil their own personal interest.

“If the presidency is not responding, then the National Assembly has the powers and the moral authority to respond to the desire of the populace,” Soyinka had said.

But the House of Representatives on Wednesday faulted Soyinka’s position, describing it as inaccurate.

It stated that the National Assembly had in recent past sided with the people on several issues of national importance.

Basiru told THISDAY that at no time did the National Assembly fail in its responsibility to do what is right as representatives of the people.

He stated that the legislature is in the process of amending the constitution, as part of efforts to meet the yearnings of the people.

He said: “The ninth National Assembly has commenced the process of amending the constitution by setting up constitution review committees in the two chambers last year.

“The committees had since swung into action by asking the populace, including corporate bodies and organisations, to submit memoranda for consideration in areas like state police and restructuring and the response was commendable.”

Basiru added that though the deadline for the submission of memoranda had since closed “but we can create a window for the Nobel laureate to submit his memo on restructuring for consideration by the National Assembly.”

He, however, explained that much as Soyinka was entitled to his opinion on restructuring, there are other individuals and groups who have different interpretations of restructuring and have submitted memoranda to the committees.

He said Soyinka was ill-informed about how the parliament functions, especially in the area of constitutional amendment.

He said: “With all due respect, Soyinka’s comments showed that he is not well informed about the workings of the National Assembly. Sub-committees had been set up by the main committees to look into the issue of restructuring as contained in the report of the el-Rufai committee set up by the All Progressives Congress (APC) and another committee to look at the constitution amendments carried out by past National Assembly. All these reports will be collated and there will also be zonal and state public hearings for the input of the people this year before we can now talk about the changes to be effected in the constitution.”

According to him, the legislature will never abdicate its responsibility to the executive, adding that it is incorrect to say that “we are now the appendage of the presidency.”

“Soyinka should be prepared to name and shame the federal legislators that have compromised; very unfortunate that this was coming from him. But all I know is that we have not abdicated our responsibility and we will continue to carry out our constitutional roles, including oversight of the executive,” he said.