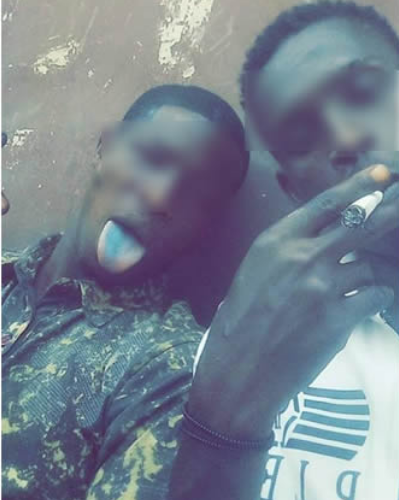 The National Drug Law Enforcement Agency says the ongoing lockdown in states affected by COVID-19 could give rise to drug addiction and experimentation of newer concoctions.

Chairman of the agency, Col. Muhammad Abdallah (retd.) disclosed this on Monday at a virtual news briefing to commemorate the 2020 International Day against Drug Abuse and Illicit Drug Trafficking on Monday in Abuja.

“In the light of the prevailing atmosphere of COVID-19, drug-dependent persons are more acutely at risk because of their usually attendant underlying health issues, social stigmatization, and the dearth of access to health care.

“Making matters worse is the fact that the front burner currently is the exclusive pressure of COVID-19, other matters less so. That is why there has never been a time much worse for drug-dependent persons. The lockdown merely accentuated the dilemma,” he said.

The NDLEA boss disclosed that as drugs of choice became scarce, there may be increased experimentation with newer concoctions and self-medication by drug users.

“Chances are newer forms of addictions hitherto unknown may here to be contended with. “Remember also withdrawal Syndrome might occur having cut short the supply chain as a result of the lockdown,” he said.

Speaking further, Abdallah emphasized that drug use disorders are a result of a complex interplay of factors including genetics, mental health, and the environment amongst others.

Consequently, he opined that this is why he strongly believes that caregivers should be adequately knowledgeable and have the capacity to work with vulnerable and drug dependent person.

In the same vein, the agency’s chief executive officer noted that NDLEA operatives had arrested 9,444 suspects and seized 612,903.48 kilograms of hard drugs in 2019.

He noted said that the agency had kept faith with its mandate to bring drug offenders to book, stressing that cannabis cultivation has continued to attract attention because it was the most widely abused substance in Nigeria.

“A total of 1,195 convictions were recorded, while 795 drug-dependent persons were counselled,” he said.

Abdallah, nevertheless, reaffirmed that drug trafficking does not seem to abate during the lockdown as drug peddlers continued with their nefarious trade notwithstanding the scourge of COVID-19.