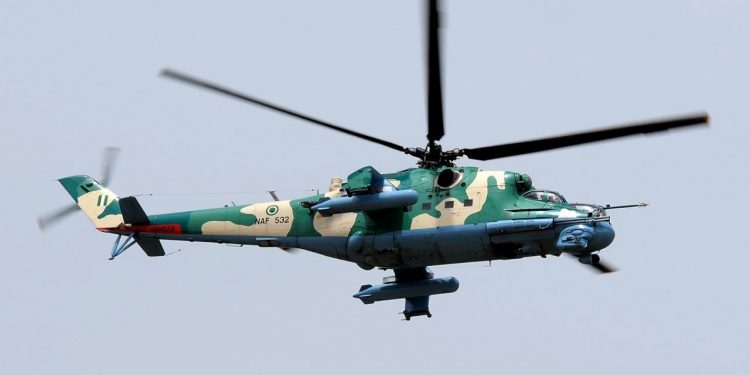 Director of Public Relations and Information Air Commodore Ibikunle Daramola, who made this known on Saturday, further disclosed that the NAF deployed another Mi-35P (NAF 531) to Abuja to support internal security operations in Nasarawa State.

He said the two aircraft and their crews have already commenced operations at their new locations.

Daramola said in a statement: ”

Following the re-induction of Nigerian Air Force (NAF) Mi-35P Helicopter Gunship (NAF 530) into service in Port Harcourt yesterday, 17 April 2020, the Chief of the Air Staff (CAS), Air Marshal Sadique Abubakar, has ordered its immediate deployment to Jos, Plateau State to support Internal Security Operations under the auspices of Operation SAFE HAVEN. Similarly, another Mi-35P (NAF 531) has been redeployed to Abuja to support Internal Security Operations in Nasarawa State. The 2 aircraft and their crews have already commenced operations at their new locations.

“The deployment of these air assets is being done to add impetus to ongoing operations in the 2 locations in order to hasten the restoration of peace and security to the affected areas.”