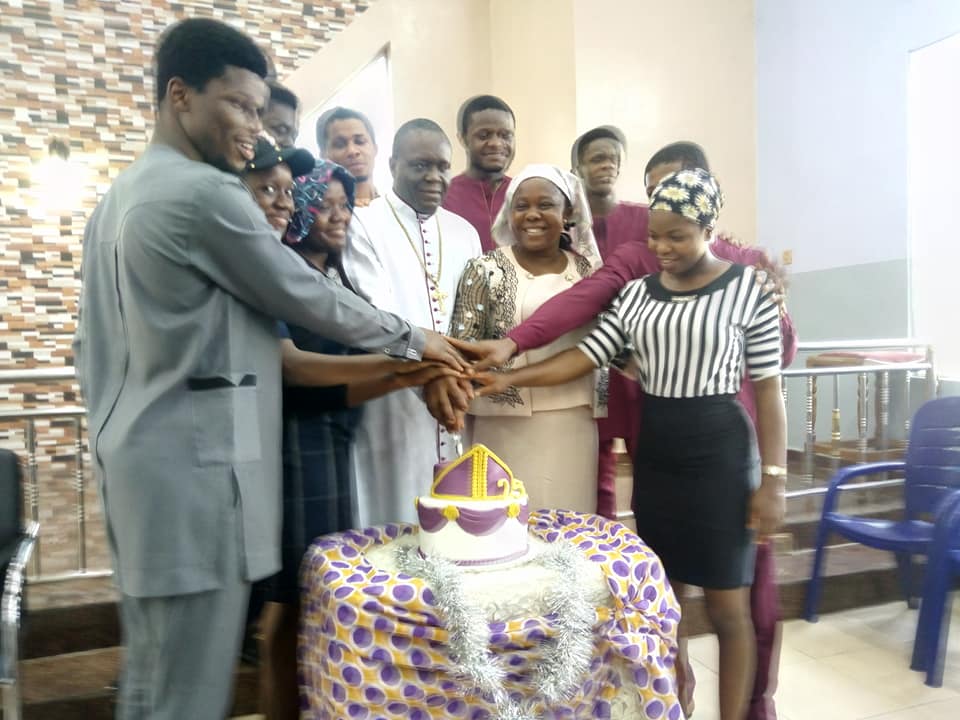 It was on May 20, 1995. I was a TRADER in Main Market, Onitsha. My wife was a Sales Lady, working for Chief B. U. Umeh, Agubata 1 of Osina. We were not lettered. We did not “go to school”, as both of us only had our secondary school certificates. But, we loved JESUS and still do till today.
Though I was the People’s Warden, EFAC Leader, AYF Leader, Chairman of the Choir, Secretary of the Parochial Church Committee, Secretary and Chief Recorder of the Harvest Committee and the Vice Chairman of Men Group 4, my marriage banns was not published in the church I threw my entire life serving in every capacity. I could not even wed in that church as I was regarded as a rebel without a cause.

So, even when men fail to acknowledge your zeal and fervency in the work of the Lord, never be discouraged. Keep serving Him. Keep loving Him. Time will tell.

Thank God that my father was a serving Priest in the same Diocese, so I moved to his last station, where my friend was also the Vicar to have my wedding. On my wedding day, there was no Bishop and no Archdeacon in attendance. Even many of my Clergy friends cleverly avoided the wedding because of its “controversial” nature ….. I won’t go into that. Only evangelical and bold Clergy men were in attendance and I give kudos to them….they were then known as Rev. Canon Emmanuel Ekpunobi, Rev. Joe Ajaefobi, Rev. Chukwudi Ikeobi, Rev. Francis Onuora and my father, Rev. Canon Abel Okwuchukwu Obi. 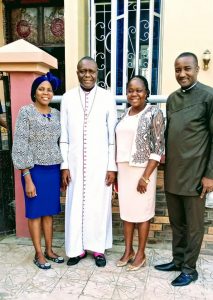 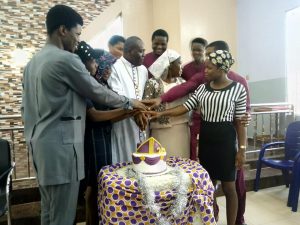 The wedding was simply fantastic. We did not record a single loss of any item. The EFAC brethren were at their organisational best. No single bottle of mineral broke or was lost. All the spoons and plates were counted and none was found missing. Everything was perfect.

The Master of Ceremony at our reception, Evangelist Gabriel Ubaezuonu was somehow prophetic. As myself and loving wife were about to enter the reception hall, he asked everybody to stand up as he introduced us as, and I quote……His Lordship, the Lord Bishop of Omagba Diocese….people laughed. The Chairman of the occasion, now, Ven. Chuks Okoli, knowing the implication of that ecclesiastical impunity, took the microphone as soon as we entered and corrected him, saying that the MC was actually referring to me as the Bishop of Ndi Okokporo…that is, Bishop of Bachelors.

The man who proposed the toast on that day was Evangelist Ben Onyema while Late Evangelist Goddy Olum preached on the topic….Gini bu olileanya onye emeruru emeru mgbe Jehovah na esepu ndu ya? One of the most powerful salvation messages I ever listened to. I still remember vividly every illustration he used in that touching sermon.

Twenty five years later, we are where we are by the grace of God. With very little education, little exposure, little connection but with highly-powered combined grace and favour at work, God has proved awesomely very faithful to us.

I pray that the grace of God will locate you and His favour overwhelm you as I commend you unto His unending love.

We covet your prayers too as we celebrate this Silver Jubilee Wedding Anniversary.

GREAT IS THY FAITHFULNESS, O GOD MY FATHER