An agreement between the Lutheran and Roman Catholic Churches which settled one of the historic disagreement at the centre of the Reformation was the focus of a special service at Westminster Abbey today. On this day 500 years ago, Martin Luther kick-started the Reformation by posting his 95 theses on the door of All Saints’ Church – the Schlosskirche – in Wittenberg, Germany. Central to his argument was the theological principle that man can be reconciled to God – justification – through faith alone, rather than through good works, penance, or the buying of indulgences.

“When the Lutheran World Federation and the Catholic Church signed the Joint Declaration on the Doctrine of Justification in 1999, you resolved the underlying theological question of 1517, in a decisive moment for all churches in the search for unity and reconciliation,” the Archbishop of Canterbury, Justin Welby, said today during the service in Westminster Abbey.

The 1999 joint declaration (JDDJ) has since been adopted by the World Methodist Council, in July 2006, and by the World Communion of Reformed Churches, in July this year. Last year, at its meeting in Lusaka, Zambia, the Anglican Consultative Council (ACC) “welcomed and affirmed” the substance of the JDDJ. The ACC said that it “recognises that Anglicans and Lutherans share a common understanding of God’s justifying grace . . . that we are accounted righteous and are made righteous before God only by grace through faith because of the merits of our Lord and Saviour Jesus Christ, and not on account of our works or merits.” 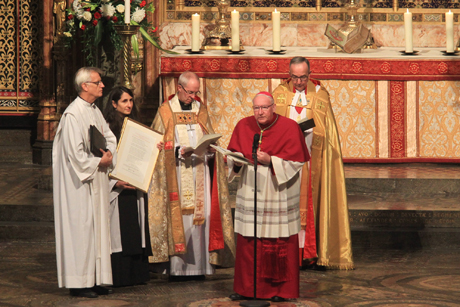 The public presentation of the ACC’s resolution on Reformation Day was a significant step on the journey toward church unity, Dr Junge said. “We are grateful to God that together with Catholic, Methodist and Reformed sisters and brothers, we are witnessing today the affirmation of the substance of the Joint Declaration of Doctrine of Justification by the Anglican Communion. May this moment serve as an important witness on the way of growing unity among our churches.

The LWF’s assistant general secretary, the Revd Dr Kaisamari Hintikka, is responsible for ecumenical relations with the Federation. She expressed her joy that what was originally a bilateral declaration between Lutherans and Catholics, has become a document that is owned by five Christian world communions.

“The fact that all the historical Churches of the west have now a shared understanding of justification is a wonderful way to mark the Reformation anniversary,” she said. “What used to divide us, now actually unites us.” 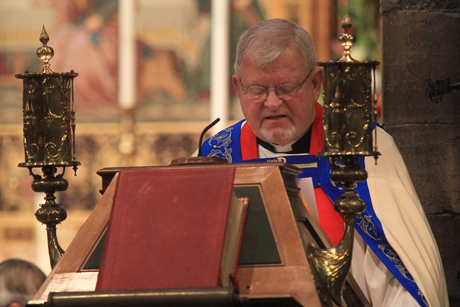 It was a point echoed by Bishop Farrell, who said that “Convergence on this point draws Lutherans, Catholics, Methodists, Reformed and Anglican Christians into a deeper communion, on the path to the full reconciliation of the Churches as the Lord wishes.”

“We rejoice that the Joint Declaration on the Doctrine of Justification, solemnly signed by the Lutheran World Federation and the Roman Catholic Church in 1999, has also been signed by the World Methodist Council in 2006 and, during this Commemoration Year of the Reformation, by the World Communion of Reformed Churches,” the Pontifical Council for Promoting Christian Unity, said a statement. “On this very day it is being welcomed and received by the Anglican Communion at a solemn ceremony in Westminster Abbey. On this basis our Christian communions can build an ever closer bond of spiritual consensus and common witness in the service of the Gospel.

“We acknowledge with appreciation the many events of common prayer and worship that Lutherans and Catholics have held together with their ecumenical partners in different parts of the world, as well as the theological encounters and the significant publications that have given substance to this year of Commemoration.”

In a sermon, Archbishop Justin recognised the painful history behind what he called “the gift” of the Reformation. It was first, he said, “a moment of hope, then of controversy, then of politics and finally of war. Yet in the providence and grace of God it brought afresh to every Christian disciple the possibility of saying: ‘I am not ashamed of the gospel, for it is the power of God to salvation.’”

He said: “Through the Reformation the world changed; the gospel spread; counter-reformation renewed the places that the reformation had not reached; there was a competitive drive in missionary endeavour. What is not to celebrate?,” he joked.

“Well, said Eeyore to Tigger, or the historian to the enthusiast. For each of the things that came through the Reformation – good as they are, precious beyond compare even – for each there is also a dark side.

“With new vigour came conflict. With individual understanding of grace came individualism and division. With the knowledge that ‘without thee we are not able to please thee’ came, through our sin and weakness, what so often we add under our breath: ‘But actually, I’m a lot more able to please thee than those heretics over there.’

“With literacy and freedom came new ways of cruelty refined by science. With missionaries bearing the faith came soldiers bearing the flag.

“We could go on batting the ball to and fro, as historians and theologians have done for centuries. The point is that the Reformation reopened to the whole church eternal truths that are indispensable, and to which we must all continue to hold, and not only to hold but to present afresh addressing the life of today.” 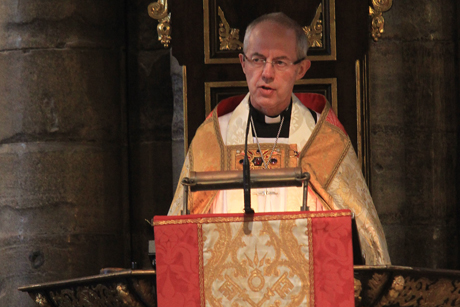 The archbishop continued: “The gospel always says that we can add nothing to the work of Christ, and that in Christ God has spoken definitively. That the scriptures witness reliably to the word God has spoken, and that when liberated and trusted they bring human flourishing. At the same time our witness is impeded by our divisions – especially as we live in a world of ever-present competing philosophies, faiths, and approaches to faith or rejections of faith.

“So what’s the problem? The problem, as in every age, is us.”

“What do we do with the gift today? Will we be willing ourselves to be reformed again and always, setting aside our differences because we are caught up in the grace that is found through faith? Will we find from God alone the strength and grace to be a united blessing to His world, so that our witness of unity in diversity overcomes our fears of each other?

“Will we seize afresh in confidence the hope that God who never abandons His church will again reform us, so that the world may see that Jesus came from the Father?”

It was already happening, in so many ways, he said, but he added: “we have not yet allowed ourselves sufficiently to be captured by the radicality of the gospel that we may bless the world as we should. As we surrender to the God who rescues us sinners, we will most surely find our vocation as the messengers of good news to the world.”

The 500th anniversary of the Reformation has been marked by Churches around the world.