Lest We Forget… Marriage Is Honorable

Whether from the immature announcements of marriage break-ups on Instagram or the most recent discussion of domestic violence, the marriage institution has come under more scrutiny and a lot of bashing. 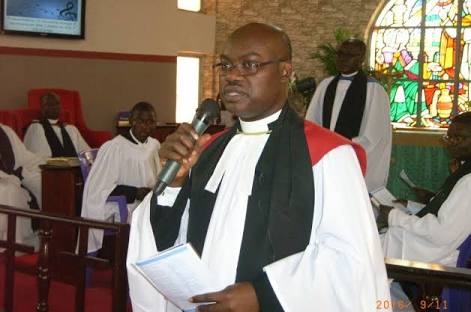 The untimely and most unfortunate death of that Gospel Singer, Osinachi Nwanchukwu, in the questionable marital relationships and domestic violence attributed to her husband has caused the tongue to wagging a lot. In the process so much has been said to the extent of some suggesting that marriage should break up or opt for divorce, even at the slightest suspicion of abuse! Some have even said ignorantly that ‘for better for worse’ or ‘until death do us part’ are not from the Bible, failing to recognize that the Book of Common Prayer from which it was taken was crafted on biblical teaching. They argue therefore that everyone should be free to write their own vows. What a world of confusion it would be!

Now let it be said that we do not support or encourage abuse of any kind in marriage, not least because we know that violence, wife or husband beating was not part of God’s design for marriage. No! But it is an honorable institution. And the letter to the Hebrews says, ‘Let marriage be held in honor by all, and the marriage bed undefiled.’ (Heb. 13:4). This is sacrosanct, and God’s word cannot be broken.

The matter of domestic violence that we are now talking about is a reflection of the failure of society as a whole. We have failed to do ‘what we ought to have done and we have done what we ought not to have done,’ as the BCP says, and ‘there is no health in us.’ The failure is due to a number of factors.

Finally, divorce is not the option, as is being canvassed in some quarters now. Marriage is for life and not for a season. We all have a responsibility to renew our commitment to its ideals. We must determine now to celebrate marriage, not a wedding, and recognize that it is hard work, but honorable, as a divine institution; to abuse, it is a sin and the family, church, and nation must wake up and rediscover afresh their responsibilities to making marriage what it ought to be, an honorable estate devoid of verbal and physical abuse or violence but where love and virtues are held in high honor.  It is an honorable estate for mature and honorable men and women.  The 21st Century African Society must rediscover it, especially by revisiting the foundational issues about marriage. It is not for boys or girls but for the mature and understanding who are ready to learn good things and unlearn bad habits. Marriage is honorable.