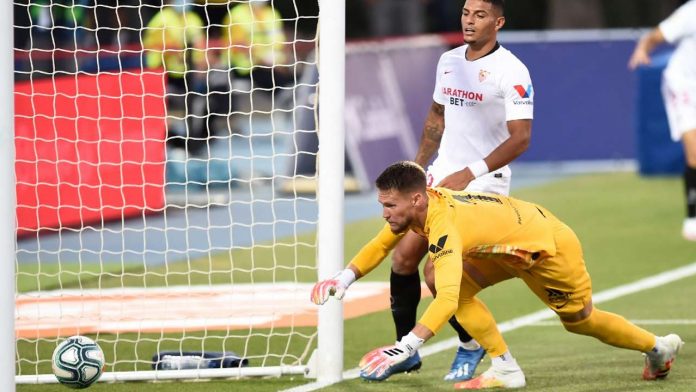 Sevilla suffered a setback in their bid to qualify for next season’s Champions League group stage as a late own goal by Diego Carlos allowed visiting Levante to grab a 1-1 draw on Monday.

Julen Lopetegui’s side, who sit third in La Liga, hold a five-point lead over fifth-placed Getafe, although most of their closest rivals still have to play in this round of matches.

The five-time Europa League winners, who last played in the Champions League in 2017-18, are four points clear of fourth-placed Real Sociedad, with Atletico Madrid, Valencia, Granada and Villarreal also in the top-four hunt.

The closest either side came to goal in the first period was when visiting winger Munir El Haddadi’s brilliant free-kick crashed against the crossbar.

Sevilla did take the lead in the first minute of the second half, as former Barcelona player El Haddadi teed up Dutch striker Luuk de Jong to score his sixth league goal of the season.

Levante managed to create some late pressure and centre-back Carlos put through his own net three minutes from time after a mix-up with goalkeeper Tomas Vaclik.

Later on Monday, Roberto Soldado rescued Granada a 2-2 draw at Real Betis in a dramatic game which saw three goals in the final six minutes.

The away side looked set to move within three points of Sociedad as they led late on through Carlos Fernandez’s 29th-minute strike, but Sergio Canales equalised from the spot with five minutes to play, before Cristian Tello put the hosts in front.

Former Spain striker Soldado had the final say though, as the 35-year-old substitute snatched a point in injury time which moved Granada above Villarreal into eighth.