Lai Mohammed: With Buhari’s Courageous Leadership, Nigeria on the Road to Greatness 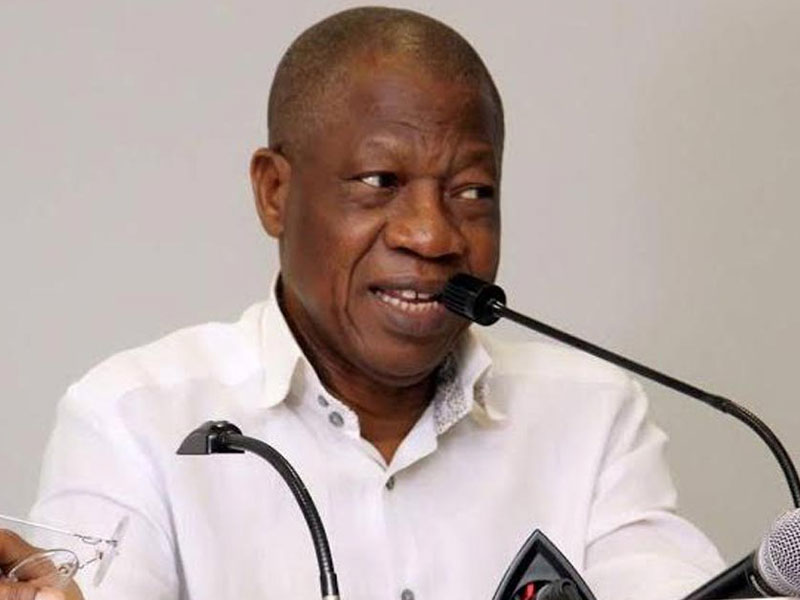 The Minister of Information and Culture, Alhaji Lai Mohammed, yesterday, took a holistic assessment of the Buhari administration in the last one year and concluded that President Muhammadu Buhari had been providing bold and courageous leadership and that the country “is marching surely and steadily to join the comity of great nations.”

But the opposition Peoples Democratic Party (PDP) fired back, saying that the five-year administration of President Buhari and the All Progress Congress (APC) had taken Nigeria 60 years backward.

On the same day, the President in an article published in Newsweek magazine on post-Coronavirus Africa, stated that the renewed infrastructural development in Nigeria and other sub-Saharan regions of Africa had positioned it to be the new global manufacturing hub in the post COVID-19 era.

Lai Mohammed spoke in Abuja at a press conference to mark the first anniversary (second term) of the Buhari administration.

The minister said though the President came to power on ‘change’ mantra, but that change was never easy and the birth of a new nation comes with pain.

“With the bold and courageous leadership provided by the President, Nigeria is marching surely and steadily to join the comity of great nations. Change is never easy, and the birth of a new nation comes with pain.

“We thank Nigerians for their support and perseverance, and hereby reassure them of the administration’s unrelenting commitment to making life more meaningful for the citizenry.

“President Muhammadu Buhari was elected in 2015 on the strength of his promise of change.

Nigerians, who are satisfied with his performance, especially in the cardinal areas of fighting corruption, tackling insecurity and revamping the economy, overwhelmingly re-elected the President in 2019,” the federal government’s spokesman said.

In his message, “1st Anniversary (2nd term) of Buhari Administration: A Year of Momentous Change,” the minister added that one year later, the President was taking Nigeria to the “next Level of irreversible change for the better” and that the intractable power problem was finally being tackled in a way that would end poor power supply that had stunted Nigeria’s socio-economic development.

According to him, “The days of unbridled massive importation of food are coming to an end, as Nigeria moves to become self-sufficient in major staples, especially rice. Thanks to the provision of many platforms and improved welfare, the Nigerian military is living up to the billing in tackling insurgency.”

Mohammed said as the President begins his second year of the second and last tenure, the stage was set for the implementation of the greatest agricultural revolution in the history of Nigeria.

“The unprecedented approval by the Buhari administration to inject $1.2 billion in-kind loan into the agriculture sector through the government-to-government bilateral loan from Brazil, with support from Deutsche Bank and the Islamic Corporation for Insurance of Export Credit of the Islamic Development Bank, will revolutionise our agriculture at scale,” he explained.

On power supply, the Minister of Information said that top on the list was power, or electricity, saying it would be an “understatement” to say that inadequate power supply, hallmarked by regular blackouts, had stifled Nigeria’s economic development.

He claimed that it was perhaps the single most formidable obstacle to the country’s economic development; but added that following an agreement with German company Siemens in July 2019 to boost power supply in Nigeria, the stage was set for the perennial power problem to become a thing of the past.

“To put things in perspective, Nigeria’s current power generation capacity is more than 13,000 megawatts, but only an average of 3,400 megawatts, reliably reach consumers.

He gave examples of the Second Niger Bridge, Abuja-Kano Expressway, the Owerri Interchange, Lagos-Ibadan Expressway and Port Harcourt-Enugu Expressway, and the commencement of road repairs in 92 locations across 24 states by the Federal Roads Maintenance Agency (FERMA).

The minister further claimed that the fight against corruption, which he described as a “cardinal programme of the administration,” had continued unabated during the period under review, saying the leading anti-corruption agencies had been unrelenting in facing down the canker worm of corruption.

Meanwhile, President Buhari yesterday stated that the renewed infrastructural development in Nigeria and other sub-Saharan regions of Africa had positioned it to be the new global manufacturing hub in the post COVID-19 era.

In an article he contributed to Newsweek magazine on post-Coronavirus Africa, the President said Nigeria had established the first private oil refinery, which he described as one of the largest in the world, and thanked foreign countries that repatriated stolen funds to Nigeria for the rapid infrastructural provisions.

He said the story was the same with other African countries, describing sub-Sahara Africa as a more promising destination than Asia, North America and Europe in terms of the foreign direct investment inflow to the gross domestic product (GDP).

Buhari also noted that the position of Africa was not to contest with any world power or paly politics but merely to present the opportunity to contribute her own quota in solving global problems, especially with the youthful population of African countries.

He said as bright as that information looked, what was brighter was that Africa, which he described as the brightest manufacturing location, was not interested in geo-political competition.

He described Africa as “an opportunity,” with no threat to anyone, assuring that in future, institutions such as African armies or continental airline would never be created.

He argued that the continent’s drive was to grow its manufacturing prowess and not to showcase any strength but rather poised to position itself as partner in progress.

$1 billion Stolen from Nigeria under a Junta in the 1990s

President Buhari also disclosed in his article that close to $1 billion was stolen from Nigeria “under a previous, undemocratic junta in the 1990s”.

Although Buhari did not mention the name of late General Sani Sani Abacha directly, it was clear that he was referring to the dictator who presided over the nation between 1993 and 1998.

The Nigerian leader thanked countries that had returned the looted funds to Nigeria.

The opposition PDP yesterday said its review of the five-year administration of President Buhari and the ruling APC showed that they had taken Nigeria 60 years backward.

The National Publicity Secretary of PDP, Kola Ologbondiyan, who stated this at a press conference in Abuja, added that in line with the assessments of majority of Nigerians, “Our party views the last five years of Buhari administration as wasteful and could at the best be described as the season of the locusts.”

The PDP lamented that the Buhari-led APC government had turned the nation into a wasteland, devastated her economy, shattered the national dreams, crushed the hope of citizens and set the country backward.

The PDP further stated that the APC administration had reversed all the gains achieved by the PDP for which May 29 was always celebrated and left the country dejected and despondent.

According to the PDP, “Under President Buhari, May 29 has become a day of grieving for Nigerians; a day for commemoration of failed promises, reversal of gains achieved by past leaders and retrogression in our body polity as a nation.

“This administration has failed woefully in its three major governance planks of provision of security, economic recovery and fight against corruption.”

The PDP said that in the last five years, the APC administration had done nothing but drive the nation along the precipices; reneged on all its campaign promises, ruined the productive sector, frustrated the farmers, manufacturers and small scale entrepreneurs, devalued the Naira, wrecked employment opportunities for the youth, turned the once prosperous nation into the poverty capital of the world, while accumulating huge foreign debts for this and future generation.

According to the PDP, “Under the APC administration, insurgents, marauders and bandits, who have been pushed to the fringes under the PDP, have resurged and are now having field day ravaging communities and killing our compatriots while government continue in its lip service and empty condolence messages.”

The party said that it was distressing that “instead of heeding wise counsel to accept failure and avoid making false performance claims, the Buhari Presidency just yesterday, released a list of recycled fictitious achievements, including very insensitive claim of having routed out bandits; even as marauders were pillaging communities and killing our compatriots in Sokoto and in other states, particularly in the Northwest.”

Ologbondiyan said, “Our party once again asks President Buhari to wake up to the reality, accept failure and seek help since it has become clear that his administration, as presently constituted, has devastated our nation and is leading us on a journey to nowhere.”

The National Chairman of the PDP, Prince Uche Secondus has described the five years’ administration of President Buhari and the ruling APC, as a road Nigeria should not have passed.

Prince Secondus said in a statement appraising the five years of President Buhari and the APC he personally signed titled “Five years of Buhari- The Road that should not have been followed” that in the last five years, all negative indexes in our socio-political and economic life as a nation were activated.

He said that the last five years have been regrettable years of anguish to the people due to the glaring incompetence and incapacity to deliver good governance.

Secondus said: “All gains after independence, the civil war as well as the era the PDP successfully midwifed the nation’s democratic evolution up to the point of successfully seeing an opposition win and transit into power have been destroyed. This happened at a time small nations like Ghana witnessed astronomic growth in all spheres.”

He said that “In 2015 the global international community stood in salute for Nigeria for the great feat recorded in area of democracy but rather than progress from it, the nation under the watch of APC has continued to go in retrogression.

“Our general elections have been anything but fair, with security agencies and the Election body abandoning their legitimate responsibilities of neutrality and fairness to being visibly partners of the ruling government”.