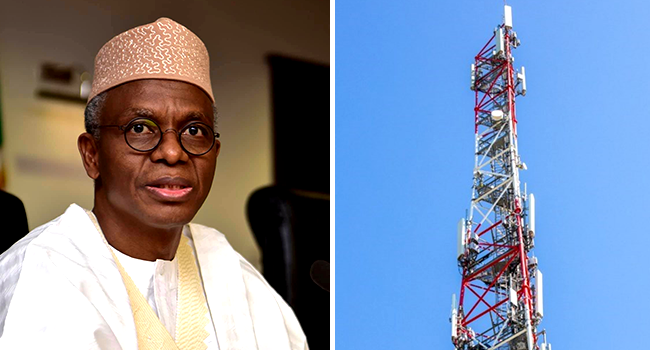 The Kaduna State Government has shut down telecommunication services in some Local Government Areas of the state as part of critical measures towards ending banditry.

The state Commissioner for Internal Security and Home Affairs, Samuel Aruwan, said the decision was taken on Wednesday after a meeting with relevant federal agencies who recommended the shutting down of telecom services ahead of the commencement of a military onslaught against bandits.

He explained that the move is part of many steps taken to address the current security situation in Kaduna State and neighbouring states in the North-West and North-Central regions.

“The relevant federal agencies have today informed the Kaduna State Government that the processes for telecoms shutdown in parts of the state have commenced,” Mr Aruwan said.

“As part of the steps to address the current security situation in Kaduna State and neighbouring states in the North-West and North-Central, Kaduna State State Government has held several meetings with security agencies to adopt critical measures towards crushing bandits in identified hideouts”.

The commissioner also announced the immediate ban of commercial and private motorcycles for a period of three months across the state as well as the regulation of the schedule for commercial tricycle operators from 6:00 am to 7:00 pm daily.

“1. The complete ban on the use of motorcycles (okada) for commercial or personal purposes for three months in the first instance.

“2. Ban on possession of or wielding of dangerous weapons.

“3. Tricycles are allowed to operate only from 6:00 am to 7:00 pm. All tricycles must remove all curtains. Movement of tricycles is restricted from dusk till dawn,” he said.

In addition, Aruwan said all commercial tricycles are to remove curtains in their tricycles.

Other measures put in place according to the Commissioner, include the ban on the sale of petrol in jerry cans or other containers in Birnin Gwari, Giwa, Chikun, Igabi, Kachia, Kagarko and Kajuru Local Government Areas.

The government appealed to residents to endure the severe strain and inconvenience the security measures will place on peaceful and law-abiding citizens, adding that difficult times have demanded that difficult decisions be made.

“These difficult times demand that difficult decisions be made. The measures have been adopted purely in the interest of our collective safety and security and to aid our brave forces in their fight against these mindless criminals.

“Too many lives have been lost and too many families have been shattered. Small groups of wicked persons cannot continue to hold us to ransom and force us to live in perpetual fear,” Aruwan said.

Kaduna now joins other states such as Zamfara to implement the shutdown of telecoms services in the country as part of measures to curb insecurity.