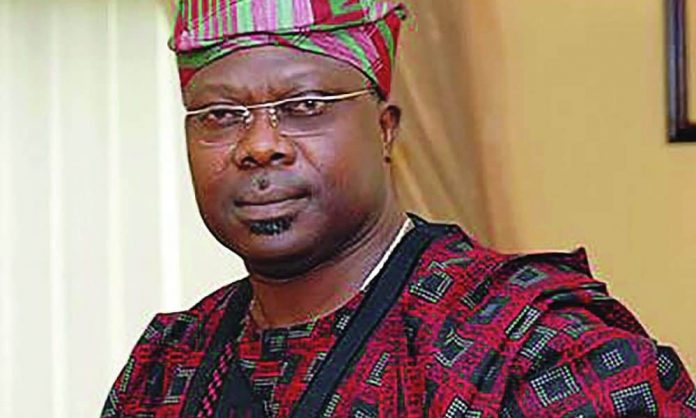 Barring any last-minute changes, former Deputy Governor of Osun State, Senator Iyiola Omisore is set to dump the Social Democratic Party (SDP) for the All Progressives Congress (APC) today.
The move according to political watchers in Osun State is part of a grand plan ahead of the 2022 governorship election in Osun State.

Though it remains unclear if Omisore wants to join the gubernatorial race again, Newspot recalls he was the Peoples Democratic Party’s candidate in 2014, losing out to Rauf Aregbesola in the election.

He also contested the same position in 2018 on the platform of the Social Democratic Party (SDP) but this time, he came a distant third behind Senator Ademola Adeleke of the PDP and the eventual winner, Adegboyega Oyetola of the APC.

While the situation is developing, Newspot will keep readers updated as events unfold but the Secretary of the All Progressives Congress (APC), Ife Federal Constituency, Mr. Akintifonbo Kayode was quoted by DailyPost to have issued a public announcement where he noted that Omisore will be officially registered and admitted into the PC at his polling unit located at Saint Gabriel Primary School, More, Ile-Ife, by 10 am today.

Meanwhile, a group of youths identified as the Northern People’s Democratic Party Youth has warned the national leadership of the PDP against allowing Chief Femi Fani-Kayode to join the All Progressives Congress (APC).

The group in a statement on Sunday signed by its Zonal Youth Leader, Hon. Ibrahim Ahmadu warned that allowing Fani-Kayode to join the APC might spell doom for the PDP in the 2023 general elections.

To this end, it gave the PDP’s Board of Trustees (BoT) and National Working Committee (NWC) a twenty-four-hour ultimatum to meet with Fani-Kayode and give assurances that he is not going to dump the PDP for APC.

Ahmadu said, “it is very unfortunate and sad that the leadership of the PDP leadership could allow such a prominent figure in the party leave.”

“After a series of deliberations and wide consultations, We the Northern youth group of PDP have decided to give the BOT, NWC a 24 hours ultimatum to meet with chief Femi Fani-Kayode and persuade him to return to the party. A failure to do that will result in untoward and unimaginable outcomes for the party.”