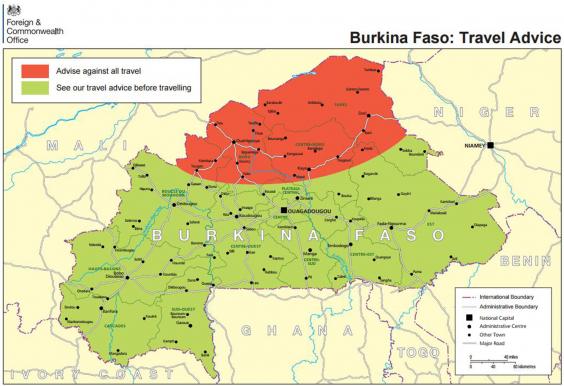 Jihadist terrorists stormed an Evangelical church in Burkina Faso during Sunday worship services killing 24 people. On 16 Feb 2020 gunmen riding motorbikes entered the village of Pansi in the Yahgha province in northern Burkina Faso, and attacked the villagers as they were gathered for worship. Eighteen people were wounded in addition to those killed, while the pastor and several elders were taken captive.

This week’s attack follows a 10 Feb 2020 attack on the nearby city of Sebba. Seven people were kidnapped during a house church service. Three days later, five of the captives including the pastor, were found murdered. Two women captives were found unharmed.

Since 2015, about 750 people have been killed in Burkina Faso, and about 600,000 people have been forced from their homes. Christians are frequent targets of persecution in the north of the West African country.

The General Secretary of the World Council of Churches, the Rev. Dr Olav Fykse Tveit on 17 Feb 2020 condemned the attacks in Burkina Faso, and a second jihadist attack in Cameroon.

“I am profoundly sad that people who are gathered to worship suffer from such a senseless act of hate,” said Dr. Tveit.

“These acts of violence are attacks on our one human family and we must continue to work together for justice and peace,” he said.

In Cameroon, according to the UN, 14 children were among 22 people killed by armed men on 14 February in Ntumbo, a village in northwestern Cameroon. At least 600 villagers have since fled the area. In the past several months, some 60,000 Cameroonians have fled to Nigeria amid escalating violence.