Jigawa Govt Bans The Movement Of Motorcycles To Curb Crime 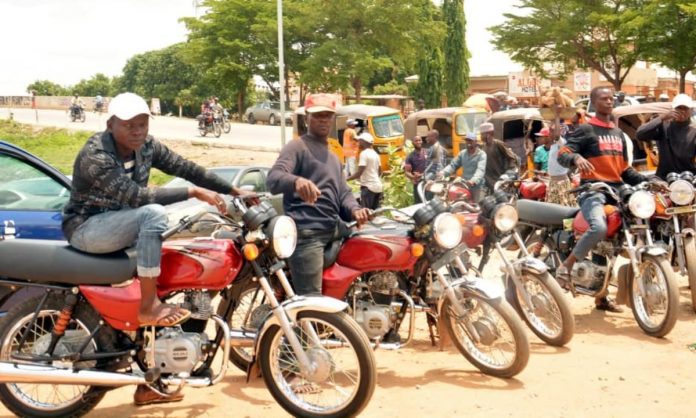 This was disclosed by the Dutse local government Council’s Chairman and Chairman of the ALGON chairman, Bala Usman Chamo.

He said the decision was approved during the state’s security council meeting presided over by Governor Muhammadu Badaru Abubakar.

Chamo explained that the move was part of measures adopted by the state government to ensure maximum security of its citizens.

“This is part of the government efforts to curtail criminal elements, using motorcycles to commit crimes, particularly in the rural areas of the state”.he stated.

“The State Government, therefore, banned the use of motorcycles movement from 9pm to 6am until further notice in all parts of the state”

He said the association of commercial motorcycles riders were duly informed to mobilize their members.

Chamo noted that Security personnel will ensure compliance with the law and will take action against anybody who violates it.