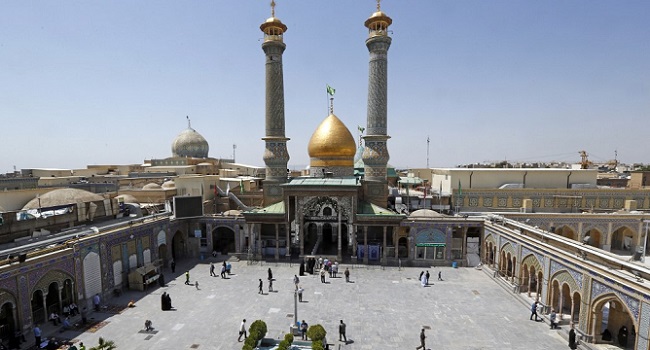 Iran on Monday reopened major Shiite shrines across the Islamic republic, more than two months after they were closed because of the Middle East’s deadliest novel coronavirus outbreak.

At Tehran’s Shah Abdol-Azim shrine, worshippers had to wear a mask, walk through a disinfection tunnel and have their temperature checked as they began returning from the early morning, according to an AFP reporter.

They are allowed to open starting from an hour after dawn until an hour before dusk.

State TV showed worshippers crying and running towards Imam Reza’s shrine as they were guided by attendants.

In a statement on its website, the shrine said visitors must observe health requirements such as wearing masks and maintaining social distancing and bring their own prayer mats, books and other accessories.

Shrines were closed alongside schools, universities and all non-vital businesses in March after Iran reported its first two coronavirus deaths in Qom in late February.

Iran has allowed a phased reopening of its economy and gradual relaxation of restrictions since early April, with a further easing expected in the coming days despite a recent uptick in new cases.

COVID-19 has so far killed more than 7,410 people and infected over 135,700 in the country, according to the health ministry.