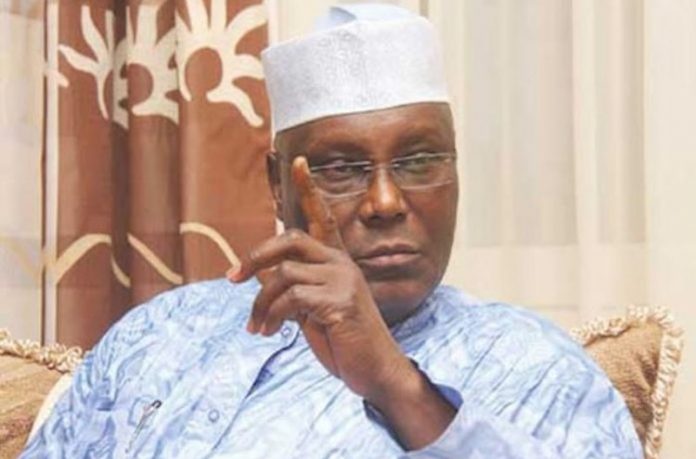 THE Peoples Democratic Party and its Presidential candidate in the 2019 general election, former Vice President ., have expressed grief over the abduction of students from Government Science Secondary School Kagara, Niger State by bandits.

In separate statements in Abuja, on Wednesday, both the PDP and Atiku, challenged the regime led by the President, Major General Muhammadu Buhari (retd), to stop pampering bandits in order to end the menace of insecurity.

In a statement titled, ‘Banditry: PDP raises alarm, calls out APC to settle their mercenaries’, the National Publicity Secretary of the PDP, Kola Ologbodiyan, said the party like most Nigerians was alarmed by the escalation of banditry in parts of the nation, especially in Niger State.

The party said the situation was made worse by the failure of the Buhari-led APC regime administration to take decisive step to tackle the scourge. The party expressed shock that the bandits who attacked the school went away with students without a counter-offensive by the security forces.

Ologbodiyan said it was, “revealing that while the people of Niger state and Nigerians in other states were under attack by bandits, APC leaders, including those in Niger state, were busy pursuing their party’s phony membership re-registration exercise, instead of rallying security and rescue efforts for the people.

“The lethargic stance of the APC administration towards the fight against banditry further validates reports in the public space that the bandits are connected to the APC and enjoying cover under the ruling party.”

Atiku in a statement titled, ‘Kagara abductions: We must stop rewarding criminality, or it will increase,’ while condemning the abductions said, “The spate of insecurity in Nigeria is now beyond alarming. It has gotten to crisis levels, especially when it involves children and other minors.”

He noted that now was not the time to play the blame game but for the government to be proactive.

Atiku urged the Federal Government to declare all primary and secondary schools in affected areas as protected zones and deploy armed military personnel to man positions around schools while states should complement them with Civilian Joint Task Force personnel as part of solution to the problem. He also urged the government to enforce provisions of the law each time bandits are arrested to serve as a deterrent to others.

In response, the APC in a statement titled, ‘President Buhari focused on quick, safe return of Niger State abductees’, dismissed the PDP statement as wild and baseless.

The statement, which was signed by the APC National Secretary, John AkpanUdoedehe, read in part, “If anyone is in doubt that the PDP shouldn’t be taken seriously on any issue in the country, here lies a stark reminder.

“To this end, we cannot join issue with the PDP but rather focus on ongoing efforts to ensure the quick and safe release of the abducted schoolchildren and other citizens. Coordinated by our service, President Muhammadu Buhari has already deployed to Niger State national security assets to achieve this.”