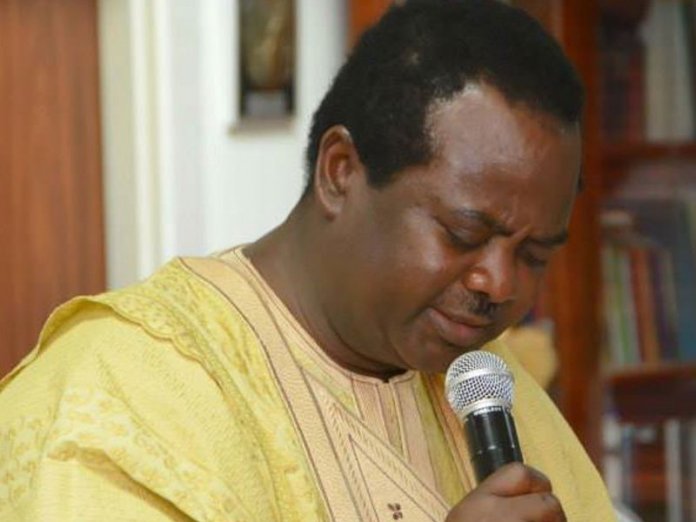 Chairman of the Christian Association of Nigeria (CAN), North-central Zone, Rev. Israel Akanji, has joined other Nigerians to criticise the proposed Control of Infectious Disease Bill, which seeks to compel Nigerians to embrace vaccination and other prophylaxis against COVID-19.

Akanji, who is a Senior Pastor at First Baptist Church in Abuja, spoke against the proposed bill yesterday, during an interview on Arise Television.

According to him, the bill gave so many powers to the Minister of Health and the Director-General of Nigeria Centre for Disease Control (NCDC), which would negate the constitution and the fundamental human rights of Nigerians.

He, however, commended the members of the National Assembly for listening to public outcry against the proposed bill, by accepting to hold a public hearing on the bill before further deliberation on the bill.

“The first area of concern for CAN members is that the proposed bill has to do with human lives and it appears to be under a hurried discussion by members of the National Assembly. We see a lot of rush in the process of deliberation and we are questioning the speed at which the bill is being discussed at the National Assembly. We also noticed that the proposed bill gave undue powers to the Minister of Health and NCDC Director-General, which in our views, could be abused, if not amended.

“The bill also contravenes the fundamental human rights of Nigerians as enshrined in the Nigerian constitution.
“The bill negates the belief system of the different religious groups in the country. The bill does not address certain religious beliefs of the people and should, therefore, be rejected by all Nigerians, irrespective of their religion. For example, some religions do not believe in autopsy, which the bill is projecting,” he added.

Akanji explained that the kind of bill that Nigeria needed now in the COVID-19 era, should be the bill that would galvanise local researchers into generating vaccines for the cure of COVID-19.

“Nigerians are intelligent and the government should be able to empower indigenous science researchers to develop a vaccine for the cure of COVID-19. Other countries of the world are researching into the cure for Coronavirus and they are making progress, which Nigeria could emulate. We rather need a bill that will empower Nigerians to advance research and come up with a vaccine that can cure COVID-19 pandemic than having a bill that contravenes religious belief and fundamental human rights,” he said.

The focus, according to him, should be for the government to come up with ideas to help Nigeria to develop its own vaccine for the cure of COVID-19.

He thanked the Speaker of the House of Representatives, Hon. Femi Gbajabiamila, and his members for yielding to public pressure by promising to hold a public hearing.

“This is a show of democracy in action and the people are happy about that because the voices of the people have been heard by those who represent them at the House of Representatives. We also want such public hearing to be open and transparent as it should be. For us at CAN, during the public hearing, we will come up with ideas that will support Nigerian researchers and doctors to produce a vaccine for Nigerians that will cure COVID-19,” Akanji said.