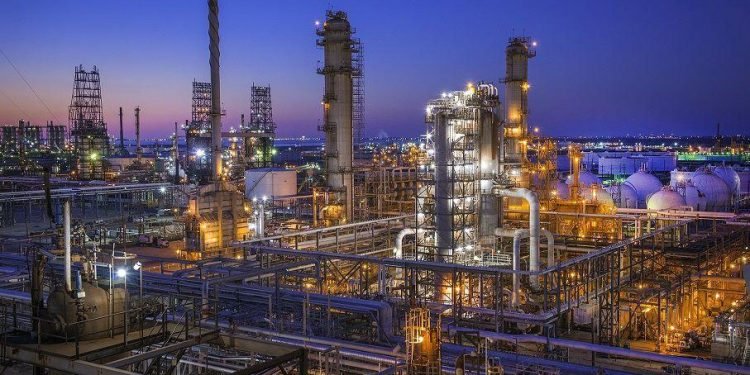 Seplat is the operator and has a 40 per cent working interest in OML 53. The ANOH gas processing project is managed by Anoh Gas Processing Company (AGPC), an incorporated joint venture (IJV) between Seplat and the Nigerian Gas Company (NGC). AGPC shall develop a 300 Mscfd midstream plant on OML 53 to process future wet gas production from the upstream unit. With ANOH coming on stream and Seplat’s existing gas processing hub, Nigeria will considerably leverage its domestic gas potential with Seplat becoming the largest supplier of processed gas to the domestic market, connecting gas resources to Nigeria’s major economic centres along the Lagos and Abuja corridors. Connecting natural resources to critical national demand has been a major missing link in the Nigerian mix.

Nigeria holds the largest gas reserves in Africa, with more than 37 per cent of total proven gas reserves in the continent, but Nigeria also has the comparatively poorest power supply with Nigerian businesses spending more than $30 billion annually on diesel generators. With a population of more than 200 million, Nigeria’s current active on-grid power generation is less than 4,500 megawatts. Experts agreed that Nigeria and Africa need a dramatic improvement in power supply to attain minimum living standards and stand a competitive chance in the emerging global economy. Africa is widely regarded as the most underpowered continent in the world, with six out of every 10 people in Sub-Saharan Africa (SSA) having no access to electricity. Despite the existing huge power gap, Africa’s burgeoning population is limiting its capacity to close the energy gap. Nigeria, Africa’s largest economy, is projected to become the world’s third most populated country with a population of 450 million by 2050.

Nigerian Gas Association (NGA) President Mrs Audrey Joe-Ezigbo said the gas industry has significant prospects to transform the landscape of economic development in Nigeria, noting that it is a well-proven fact that there is a correlation between the amount of natural gas that is used and consumed in-country and the level of economic development of any nation.

“Indeed, it is said that every $1 of gas that is consumed in-country contributes an extra $3 to the Gross Domestic Products (GDP). Opportunities abound for us to ramp up the pace of industrialisation in this country by building infrastructure to take gas across the country for use in power generation, as fuel and or feedstock in various gas-based industries, such as methanol plants and fertiliser plants. These industries allow us to create value addition and earn export revenue,” Joe-Azigbo said.

She noted that while data from NNPC indicates that Nigeria has proven gas reserves of some 202 trillion standard cubic feet (Tscf), there is need to deliberately invest in exploration, production and monetisation of estimated 600 Tscf of unproven reserves.

According to him, the decision to prioritise long-term commercial gas development was firstly to identify with the Federal Government’s agenda of closing the gap in power infrastructure and secondly to create wealth for the Nigerian people, with Seplat, which is quoted on the Nigerian Stock Exchange (NSE) and London Stock Exchange (LSE) offering a unique window for mass participation by the citizenry.

“As a result, we have invested heavily in gas, and today Seplat is happy to say that we provide 30 per cent of gas to power in Nigeria, and still growing. We are supporting the government and the people of Nigeria in making sure that the narrative of the diversification of the economy is built on the platform of growth in power infrastructure. At present, statistics show that off the grid power supply in homes through gas, diesel and petrol generators is accounting for as high as 20 gigawatts of power. That tells you that the level of pollution in our environment is very high. Seplat will continue to contribute to cleaner energy from its gas supply. Also, it is important to note that our gas supply will power the industries, support small and medium enterprises (SMEs) and create jobs continuously,” Orjiako said.

With $59 million distributed as cash dividends out of the net profit of N85.02 billion in 2019 business year, Orjiako said the company’s growing gas business would deliver higher growth and returns to shareholders over the years, thus indirectly passing the natural resources to the generality of Nigerians.

“The other point, of course, is that gas is lucrative in the domestic market and is a significant contributor to our revenue base. The contribution of gas to our revenue is increasing year-on-year and we expect to see this continue to increase as the volatility in global oil price persists,” Orjiako said.

General Manager, Projects, Shell Petroleum Development Company (SPDC), Mr. Toyin Olagunju, has said ANOH project would be a significant contribution to GDP growth across Nigeria noting that the gas from the hub will be utilised in-country across diverse industries while providing economic opportunities for local communities.

Gas for all
The plan to connect ANOH processing hub to Seplat’s existing Oben hub will create a vast East-West gas system that provides access to gas supply in a sustainable, safe and mutually beneficial way. Oben is a thriving gas hub with year-on-year increasing production efficiency. Gross production rose to 323 MMscfd in 2018, pushing Seplat’s gas revenue from $124 million in 2017 to $156 million in 2018. With two expansions in 2015 and 2017, gross processing capacity stands at a minimum level of 525 MMscfd. Gas is thus not only fueling domestic gas demand, but it is also making considerable returns to shareholders. Gas business’s earnings before interest, tax, depreciation and amortization (EBITDA) increased by 62.4 per cent from $85 million in 2017 to $138 million in 2018.

Seplat Petroleum Development Company Plc Chief Executive Officer Austin Avuru explained that Seplat had in the past seven years built its domestic gas business to a position that it now provides sufficient gas to underpin some 30 per cent of Nigeria’s current active on-grid power generation. He noted that with the ANOH project operating at its first phase, Seplat will be able to supply processed gas capable of supporting 3,000 MW of power generation.

“In a country where 20 million households are without power and rely on diesel generators or wood-burning stoves, our domestic gas business can lead to a material reduction in carbon emissions, health benefits through cleaner air, and economic growth through the provision of cheaper and more reliable electricity,” Avuru said.

According to him, ANOH will see Seplat attaining the preeminent position of being the largest supplier of processed gas to the domestic market, connecting the large gas resources in the Niger Delta to the largest demand centres along the Lagos and Abuja corridors.

“In addition to processing our gas, we will also have a larger and more geographically expansive presence with which to capture third party tariffing opportunities and build out capacity further. We have secured the accommodation space at both Oben and ANOH to give us the headroom to expand each location up to 1 Bscfd processing capacity in the future. The gas business has tremendous growth potential,” Avuru said.

He said the company plans to invest more than $100 million in capital expenditure in 2020, including the development of two new gas wells and associated infrastructure,” Avuru said.

“We remain profitable as a company, we have continued to be cash generative, a very strong revenue earner, we have also remained profitable. Profit after tax of $277 million is quite remarkable; and at the back of that, we have maintained very healthy cash balances. We have maintained the payment of dividend which is a very good return to our investors. We have of course continued to be very good corporate citizens. We have paid huge sums of money in taxes and royalties to the Federal and State Governments. Our very well acclaimed Corporate Social Responsibility (CSR) programmes are ongoing and growing especially in areas where we operate, but also in Nigeria as a whole. We have also continued to maintain a very healthy workforce while generating jobs,” Orjiako said.

As the gas economy evolves, most experts agreed that policy formulation must include extensive consultation and consideration for private sector investments in order not to jeopardise the progress made. Facility for Oil Sector Transformation (FOSTER), oil and gas industry advocacy group, noted that while the government may want to leverage gas as a national incentive for sectoral development, an extension of a special pricing arrangement to any sector should be preceded by extensive consultation, in-depth research and an assessment of the consequences of such arrangements. FOSTER pointed out that the National Gas Policy 2017 particularly recognises the importance of stakeholders in regulatory decision making citing the example of provisions that require that regulated tariff for monopoly infrastructure, which is to be based on a tariff methodology and model developed by the petroleum regulatory authority, should have input from stakeholders.