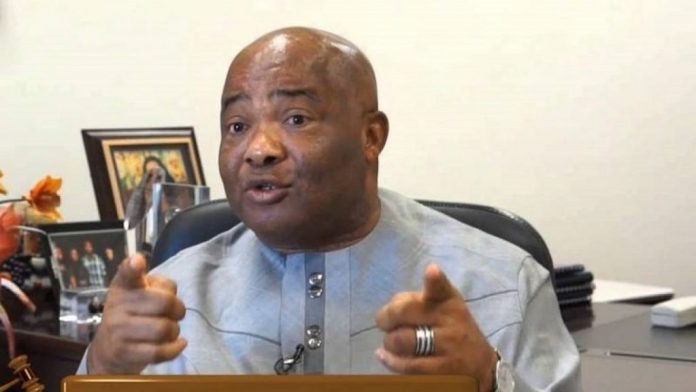 Senator Hope Uzodinma, the newly sworn-in governor of Imo state, on Thursday announced his first appointments as he takes over the State Government House.Uzodinma was declared the authentic winner of the 2019 governorship election in Imo State by the Supreme Court during the week.

He was handed his Certificate of Return by the Independent National Electoral Commission INEC on Wednesday .

He was then sworn-in barely 24 hours after the court sacked Emeka Ihedioha of the Peoples Democratic Party, PDP.

Yesterday, he named the Secretary to the State Government, SSG, Attorney, General, Chief of Staff and Chief press Secretary.

Chief Cosmas Iwu was appointed as the SSG of the State while Barrister COC Akaolisa steps in as the Attorney General/Commissioner for Justice.

Others are Chief Nnamdi Anyaehie who was appointed as Chief of Staff and Oguike Nwachukwu who takes the position of the Governor’s Chief Press Secretary, CPS.