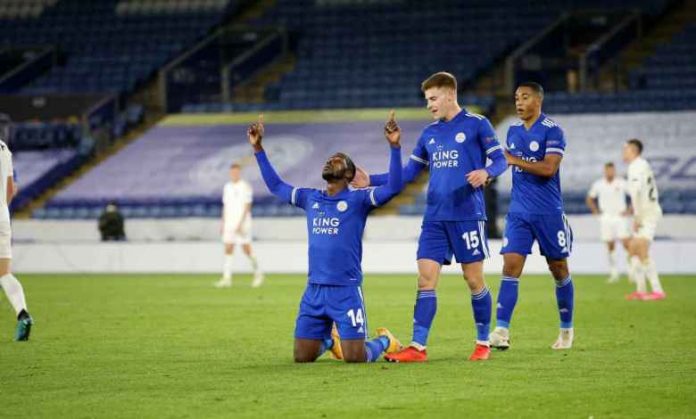 Speaking to LCTV during their preseason camp, Iheanacho while laughing said:”It feels good, it’s sunny!” “I’m happy to be back. Pre-season is on, so you know what it means: running, running, running! Of course, it’s good to be back.

“As I said before, we need to concentrate and focus on the games one after the other and hopefully we’ll get there in the end. I pray for more goals, but most importantly, more wins and more points.”

“Now, we need to concentrate on the work that we have ahead. We just need to focus and get through the pre-season and focus on the new season. Of course, it’s good to be back with this special group of lads. We’re like a family. We’re all friends, so it’s always good to be back with everybody.

“We’re hoping we’ll be back fit and strong so we can work together again. I’m happy, coming back here, and hopefully we’ll enjoy it and even enjoying the running as well!”

Iheanacho ended last term in magnificent goalscoring form with 19 goals in all competitions representing his best season in a City shirt, but the Nigeria international is now focused on doing his bit to help the Club go even further towards their ambitions in future.