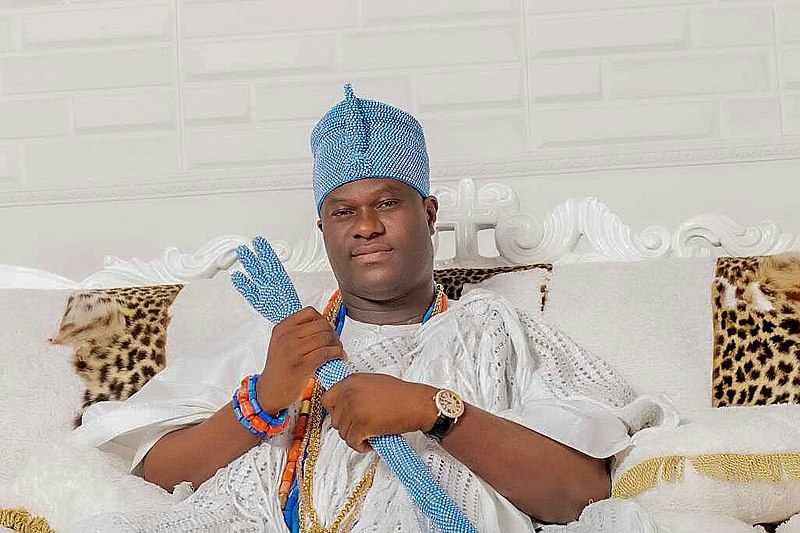 The Ooni of Ife, Enitan Ogunwusi, has described the comments made against him by Yoruba rights activist, Sunday “Igboho” Adeyemo, as irresponsible.

The spokesman for the Ooni, Moses Olafare, who spoke with Premium Times, said the palace was not ready to engage Igboho formally on the matter but the issue of the threat of violence against the monarch would be handled appropriately.

He also criticized traditional rulers including the Ooni and Oluwo of Iwo, Abdulrasheed Akanbi.

Sunday Igboho described the Yoruba leaders as lily-livered and called them Fulani slaves, although he has since apologized

But reacting on Thursday, the monarch said no true Yoruba son or daughter would speak like Igboho, noting that his conduct and attitude cast doubt on his true intention in his “self-saddled responsibility of defending the Yorubas.”

The Ooni’s spokesman, Olafare, said Igboho was going overboard in his conduct and that he should not perceive himself as being bigger than the authorities.

According to Olafare, the case is perplexing because it is inconceivable that a Yoruba person could speak that way about a spiritual head of the race.

He said, “We have not made any official statements on the matter and the matter does not really make any sense to us. If somebody who identifies himself with the cause of Yoruba could be talking in that manner about the Ooni who is indisputably a spiritual head of the race, then one must wonder whether or not the person has been representing us truly. It gives room for people to suspect your motive.

“For a man claiming to be defending a race to be attacking the same people you claim you are defending leaves much to be desired.”

Speaking on the allegation that the monarch collected money from the president, the spokesman said the allegation is not only irresponsible but also unsubstantiated.

He added that the support Igboho is currently enjoying in his onslaught against some criminals that have infiltrated the South-West is not misplaced. He, however, cautioned him against making reckless comments and allegations, saying they do not portray him as a cultured Yoruba man with moral values and virtues.

“If you’re doing something and people are hailing you, I don’t think you need to allow that credit to get into your head and start to misbehave. If you could open your mouth and call Ooni such unprintable names that you called him, that shows the kind of Yoruba man that you are.

“I do not see any reason that will make me describe a Baale, who is of lower rank on the traditional rulers ranking, with such unprintable names. If I cannot do that to a Baale, why should I say such a thing to an Ooni? It’s not good. It does not portray anybody as an Omoluabi, as a man of Yoruba virtues and values.

“In any case, if you’re fighting for the liberation of the people, this is a responsibility that is self-saddled, you choose to and for you to succeed, you need the same people that you’re representing, otherwise you would not succeed. Is this the way you’re going to get the support of the people you’re representing when you start attacking the same people? People will back out, that is just it. Whether you like it or not, some people are following you because of that same Ooni. They will back out.”

According to Premium Times, Igboho was alleged to have threatened to unleash terror on some of the leaders. Commenting on this Olafare said, “Well, he said that in a video that is well circulated and the video must have got to security agents who would see beyond what we are seeing. It is a threat to life if you say that if somebody is going, you’re going to waylay that person and fire him.