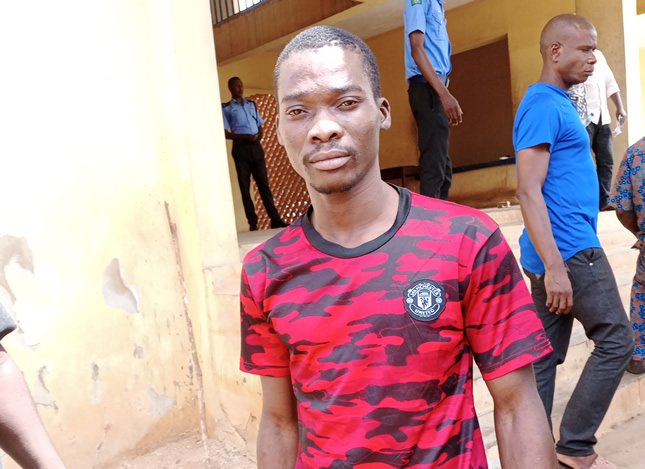 Kikiowo
Share
Facebook Twitter LinkedIn Pinterest Email WhatsApp
Gbenga Kikiowo from Igbara Oke in the Ifedore Local Government Area of Ondo State is among the suspects arrested by men of the state police command for involvement in robberies.

The state Commissioner of Police, Mr Bolaji Salami, who paraded Kikiowo alongside one Tope Aladeloye at the command’s headquarters in Akure, on Wednesday, said the suspects were involved in many robberies in the state and had confessed to the crime.

Salami said, “On May 24, 2021, around 9pm, information received from a reliable source had it that a gang of armed robbers was planning to carry out an operation in Akure. On the receipt of the information, detectives swung into action and in the process, Gbenga Kikiowo and Tope Aladeloye were arrested at Oke-Aro, Akure.

“The suspects confessed to have been involved in other robbery operations within and around Ondo State. Items recovered from them included one pump action gun. They will soon be arraigned.”

Kikiowo told our correspondent that he was afflicted with the spirit of stealing by his family since childhood, adding that he had been participating in robberies since he was seven years old.

He said, “I come from Igbara Oke; I started taking part in robberies since I was seven years old; I was afflicted with the spirit in our family since my childhood.

“I was using toy guns or wooden guns to rob people of their belongings; I grew up with it. I have participated in highway and household robberies; I think it is spiritual, because the spirit just fell on me and I started robbing people.”

On how he got the arms he used to carry out the latest operation, the 27-year-old suspect, said he stole a gun from a private security guard in Ile-Ife, Osun State.