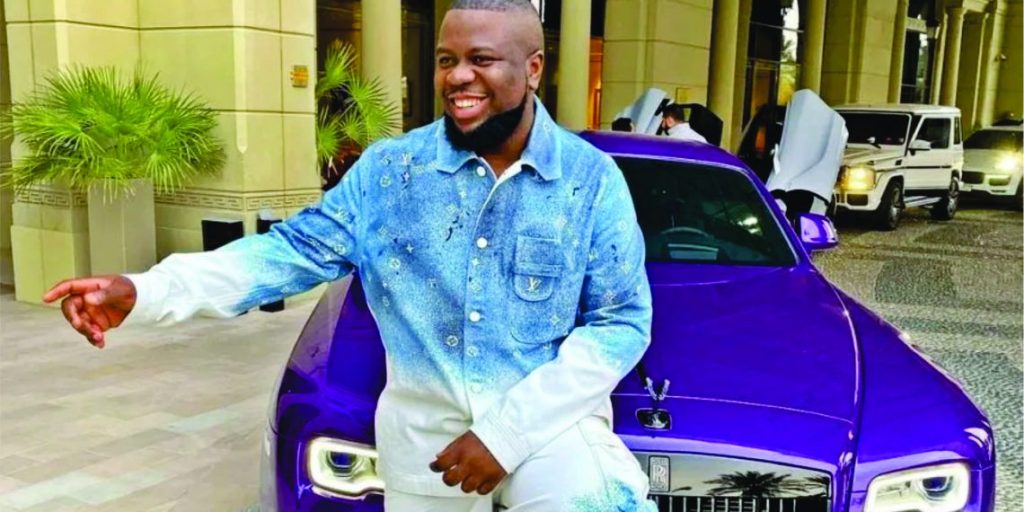 But for his arrest in Dubai on June 10, 2020, suspected Nigerian fraudster Ramon Olorunwa Abbas a.k.a. Hushpuppi would by now have gone far in his plan to swindle an English premiership club of £100 million (approximately $124 million), according to US prosecutors.

Abbas made his initial court appearance yesterday in Chicago, USA, and he is expected to be transferred to Los Angeles in the coming weeks.

He was extradited to the USA from Dubai on Thursday to face charges of conspiracy to launder millions of dollars from business email compromise (BEC) frauds and other scams.

The US Department of Justice did not name the EPL club targeted by the suspect and his gang. But it listed some of the alleged crimes committed by him including a BEC scheme that defrauded a client of a New York-based law firm of approximately $922,857 in October 2019.

Abbas and co-conspirators allegedly” tricked one of the law firm’s paralegals into wiring money intended for the client’s real estate refinancing to a bank account that was controlled by Abbas and the co-conspirators.”

They are also alleged to have laundered funds “stolen in a $14.7 million cyber-heist from a foreign financial institution in February 2019, in which the stolen money was sent to bank accounts around the world.”

The US Justice Department described Abbas as a “Dubai resident who flaunted his extravagant lifestyle on social media.”

It said: “Ramon Olorunwa Abbas, 37, a.k.a. “Ray Hushpuppi” and “Hush,” a Nigerian national, arrived in Chicago Thursday evening after being expelled from the United Arab Emirates (UAE).

“Abbas made his initial U.S. court appearance this morning in Chicago, and he is expected to be transferred to Los Angeles in the coming weeks.

“Abbas was arrested last month by UAE law enforcement officials. FBI special agents earlier this week obtained custody of Abbas and brought him to the United States to face a charge of conspiring to engage in money laundering that is alleged in a criminal complaint filed on June 25 by federal prosecutors in Los Angeles.

“Abbas maintains social media accounts that frequently showed him in designer clothes, wearing expensive watches, and posing in or with luxury cars and charter jets.

“The FBI’s investigation has revealed that Abbas finances this opulent lifestyle through crime, and that he is one of the leaders of a transnational network that facilitates computer intrusions, fraudulent schemes (including BEC schemes), and money laundering, targeting victims around the world in schemes designed to steal hundreds of millions of dollars.”

It added: “BEC schemes are one of the most difficult cybercrimes we encounter as they typically involve a coordinated group of con artists scattered around the world who have experience with computer hacking and exploiting the international financial system.”

If convicted of conspiracy to engage in money laundering, Abbas would face a statutory maximum sentence of 20 years in federal prison.

The Federal Bureau of Investigation (FBI) led the investigation of Abbas, and the United States Secret Service was also involved and provided substantial assistance.

United States Attorney Nick Hanna called Abbas “a key player in a large, transnational conspiracy who was living an opulent lifestyle in another country while allegedly providing safe havens for stolen money around the world. “

He vowed that his office will “continue to hold such criminals accountable, no matter where they live.”

He said: ”In 2019 alone, the FBI recorded $1.7 billion in losses by companies and individuals victimised through business email compromise scams, the type of scheme Mr. Abbas is charged with conducting from abroad,” said Paul Delacourt, the Assistant Director in Charge of the FBI’s Los Angeles Field Office.

“While this arrest has effectively taken a major alleged BEC player offline, BEC scams represent the most financially costly type of scheme reported to the FBI. I urge anyone who transfers funds personally or on behalf of a company to educate themselves about BEC so they can identify this insidious scheme before losing sizable amounts of money.”

Hushpuppi was arrested along with 11 others in six simultaneous raids carried out by the Dubai Police.

The gang was responsible for Dh1.6 billion (about N169 billion) fraud involving over 1.9 million victims.