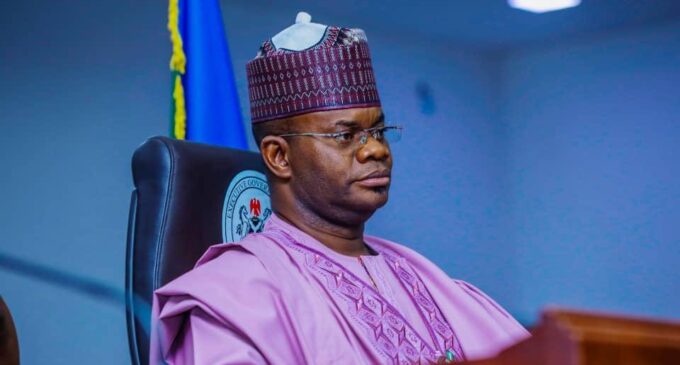 The Kogi State governor, Alhaji Yahaya Bello, has charged Nigerians to be proactive in supporting the government to tackle security challenges bedevilling the nation.

He stated that the issues of insecurity should be everybody’s business and called on Nigerians, traditional rulers, community leaders and the security agencies to play their role to end the menace that has posed threat to the nation’s economy.

He appealed to the people of the state to provide credible information to law enforcement agencies to enable them to tackle insecurity.

“I am calling on the travellers to ensure they travel in record time because we cannot rule out bandits coming from another state to strike in Kogi State.

“As much as we are trying to secure our state, travellers should also observe basic security techniques that will keep them safe while passing through the state.”

Speaking on the peaceful coexistence of the people in Kogi State, Governor Bello charged his people to continue loving one another irrespective of religion, ethnicity and background.

He further stated that as part of his effort to deliver good governance to the people of the state, his administration is already in talks with investors who will come to establish ethanol and bio-fuel refinery using sugar cane and cassava as raw materials.