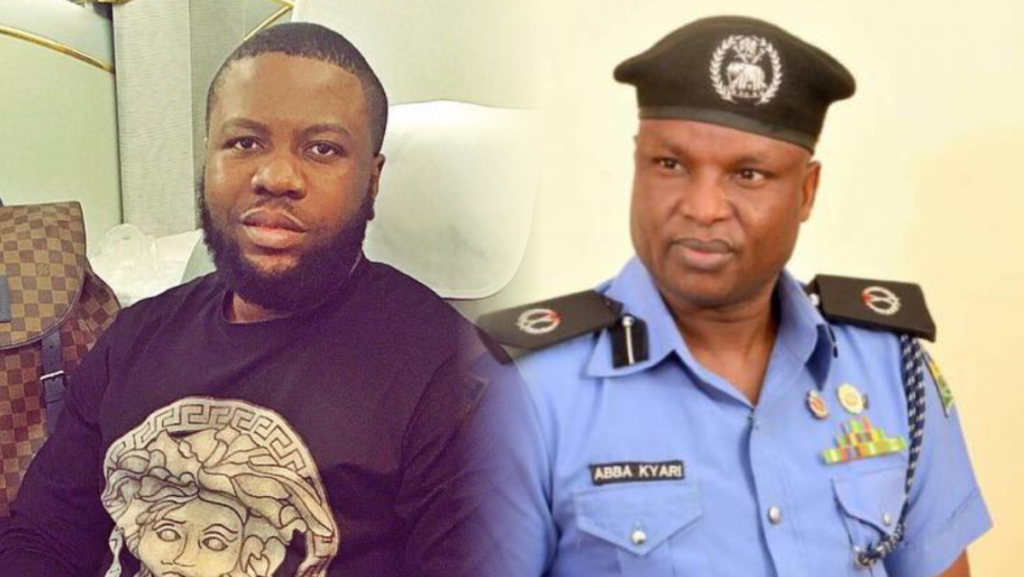 Nigerian police commissioner Abba Kyari left his official activities in Nigeria and flew to Dubai to enjoy a stupendous lifestyle with notorious Internet fraudster Ramon ‘Hushpuppi’ Abbas, according to the Federal Bureau of Investigation.

The September 2019 trip was only an episode of a mutually-beneficial cozy affair of Messrs Kyari and Abbas’ that was uncovered by American authorities as part of their ongoing prosecution of Mr Abbas for multimillion-dollar Internet fraud.

Mr Abbas pleaded guilty this week after his legal representatives successfully negotiated a plea deal with prosecutors in Central California, court documents said. He faces up to 20 years in jail at sentencing in the coming weeks. He will also forfeit some of his plunder from years of online fraud and pay restitution to some of his victims, court filings said.

Following Mr Abbas’ guilty plea, additional documents showing how Mr Kyari was indicted as a member of Mr Abbas’ syndicate were unsealed. Peoples Gazette earlier published how Mr Abbas bribed Mr Kyari to arrest one of his gang members and throw him in jail following a dispute presumably over proceeds of their crime.

Additional details in the indictment file contained how Mr Kyari left his job as a police officer and travelled to Dubai to enjoy a good time with Mr Abbas, who lived at Palazzo Versace in the Emirati commercial capital.

Mr Abbas “sent a car and driver to drive” Mr Kyari around “during that trip,” FBI unsealed indictment said. Mr

Also during the trip, Mr Kyari bragged to Mr Abbas about some of his so-called crime-busting activities in Nigeria, to which Mr Abbas responded by playing allegiance to the police chief.

“Am really happy to be ur boy,” Mr Abbas told Mr Kyari in an intercepted message. “I promise to be a good boy to u sir.”

Mr Kyari is also mentioned in a document by the U.S. Department of Justice, carrying out Hushpuppi’s order to arrest and jail a fellow conspirator, Kelly Chibuzo Vincent, in a fraud scheme after a disagreement over a $1.1 million dupe of a Qatari businessperson.

Mr Kyari has gained popularity as a strict and upright cop who cracked down on violent crimes in Nigeria, including kidnapping and armed banditry despite the warnings and allegations that his methods were brutal and corrupt.

In 2018, rights group Amnesty International accused Mr Kyari of illegally depleting assets of a suspected criminal after his team shot the man dead on the highway. Collins Ezenwa’s wife at the time said Mr Kyari and his team withdrew money from her late husband’s bank account and cleared millions in accommodation proceeds from his hotels.

Mr Kyari, who was honoured at a special plenary by the Nigerian House of Representatives, denied allegations of corruption against him and his team members, but sidestepped specific charges linking him to depletion of confiscated assets.

The police chief has yet to return The Gazette’s requests for his comments about his indictment in the United States.