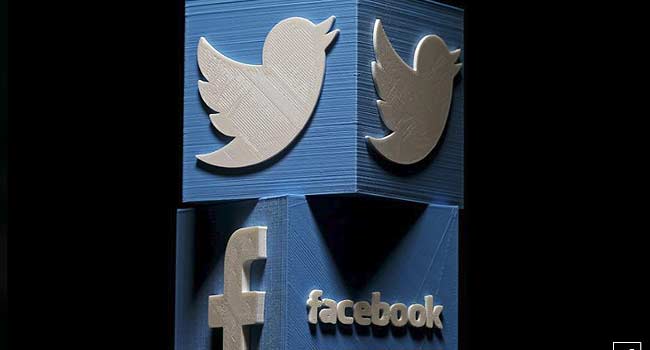 Russia fined Facebook and Twitter on Tuesday for not deleting banned content, adding to a slew of penalties the government has already imposed on foreign tech giants.

Russia has been tightening controls over US-based tech companies and last week accused them of interfering in parliamentary polls due later this month.

A court in Moscow slapped Facebook with five fines on Tuesday totalling 21 million rubles ($288,000), according to an official Telegram channel.

Facebook has so far been fined 90 million rubles in Russia and Twitter 45 million, the state-run TASS news agency reported.

Russia often takes legal action against internet platforms for not deleting content it labels illegal, such as pornographic material or posts condoning drugs and suicide.

The judicial authorities have also fined Google citing the same offences and for failing to store the data of Russian users on domestic services.

Nearly all Kremlin critics — including allies of jailed opposition leader Alexei Navalny — have been barred from running in parliamentary elections on 17-19 September.

Russia’s foreign ministry said last week it had summoned the US ambassador in Moscow over US tech giants’ “interference” in the polls.

Russian media regulator Roskomnadzor has blocked dozens of websites linked to Navalny, including a site that instructs Russians how to vote out politicians of the ruling United Russia party.

The media regulator has also urged Google and Apple to remove an app dedicated to Navalny’s “Smart Voting” campaign from their stores.

The “Smart Voting” tactic led the increasingly unpopular United Russia party to lose a number of seats in local elections in 2019.