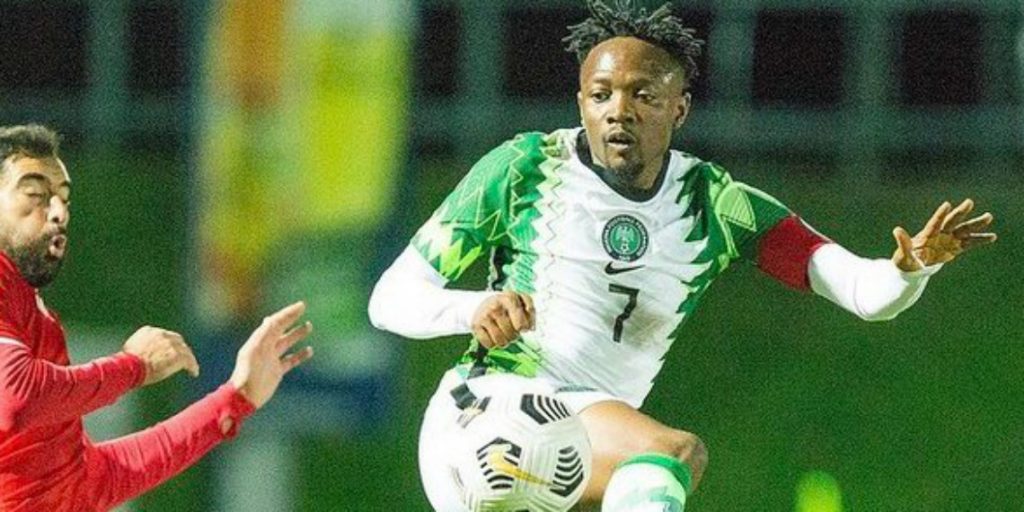 Share
Facebook Twitter LinkedIn Pinterest Email WhatsApp
Former West Brom center back Sam Sodje has urged West Brom to firm up their interest in Super Eagles captain Ahmed Musa before the January transfer window closes for business.
The Baggies attempted to bring in the former Leicester City striker in the summer transfer window but a proposed loan deal did not come to fruition despite the player agreeing personal terms with the Premier League side.
New West Brom manager Sam Allardyce is an exponent of counter-attacking football and Sodje believes that Musa would be a good addition to the squad as he is pacy and has an eye for a goal.
West Brom have managed only 14 goals in the Premier League so far this season, and Semi Ajayi, who is a defender, is their second top scorer with two goals, one less than Matheus Pereira who converted two spot kicks in last weekend’s win at Wolverhampton Wanderers.
“Ahmed Musa will be a good signing because the way Sam Allardyce plays he’s going to look into playing counter attack and he has always been a good manager to keep clubs up, so Musa will be a very good signing,” Sodje told allnigeriasoccer.com.

“It’s going to be difficult, very hard, for them to stay up with the squad that they have but Musa will be a very good addition to the squad.

“It’s a wonderful club, a family club, but they are in a very difficult situation at the moment.

“Musa has pace, has an eye for a goal, and is experienced. If Musa comes in, they are going to play counter attack where they can use his pace.

“In the Premier League once you have pace it’s scary so he’d be a good signing if they sign him.”