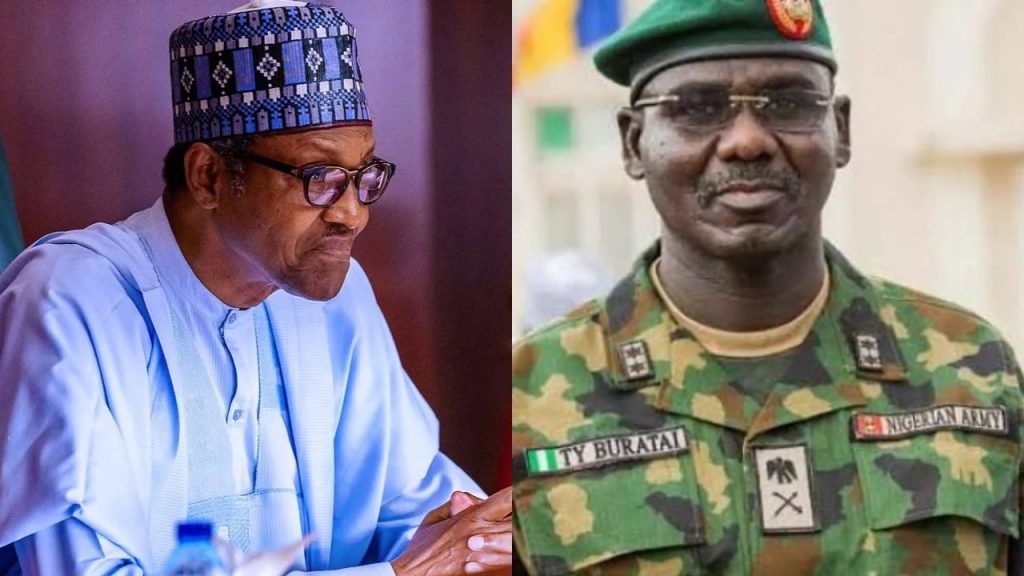 The recent announcement by President Muhammadu Buhari, nominating the outgone service chiefs as non-career ambassadors, is generating mixed opinions from a section of Nigerians.

On his part, a social commentator, Murtala Agboola agreed totally with their views.

According to him, “after a long overdue service to the country, the president has sent their names for approval as ambassadors. Are they the only Nigerians?

“Something may be up like Adeyanju posited. However justice can only be delayed but can’t be denied.”

A legal practitioner and Head of Chambers of Akeredolu and Olujimi Chambers in an interview stated that for people to have worked for such a long number of years, they deserved to have a long rest.

He noted that the President has the power of appointments and he has duly exercised it but the issue of diplomatic immunity is a different ball game.

According to Comrade Waheed Lawal, Chairman Osun Civil Societies Coalition (OCSC), “the news indeed came as a shocker to me personally. I can’t but imagine how the same persons the president sacked are those whose name were forwarded to the National Assembly as non-career ambassadors.

“These are old people that should have retired years ago but they even overstayed their time in public service as stipulated in the country’s Constitution. Maybe the president is indeed clueless.”

Comrade Lawal maintained that Nigeria had abundance of capable youths who can bring fresh insights into governance and administration in the country.

A journalist and a civil right activist, Ayodeji Ologun opined that the president and the presidency has a lot under the shades.

In his words, “it would ordinarily be expected that men who just left service needs time to rest and enjoy their retirement but having them almost immediately been appointed as ambassadors to me is an attempt to shield them from investigations and charges that may come against them.

“Also, there are more than enough hands across the country that could serve as ambassadors. So I wonder why the same immediate past service chiefs? Like it has often been speculated, these individuals possibly have some very deep secrets which makes the presidency want to shield them and make it impossible to dispense with them. To me, there is a grand plan and only time will reveal it.

“I share Deji’s view. There has been allegations of abuse of office against some of the immediate past service chiefs and one would expect that their retirement provides an avenue to have them charged under the law but then, with their recent nomination and if eventually appointed as they are most likely to, they become unavailable to face their crimes. It is an unmerited favour if you ask me.”

The Convener of Dialogue 365, Waheed Saka, in agreement with the legal practitioner stated that the right to appoint ambassadors is a presidential right subject to confirmation by the National Assembly, but maintained that this nomination was a presidential way of rewarding failure.

“Did the president think that such a nomination will positively affect the psyche of an average Nigerian who still maintains that security lapses in the country was caused by the fundamental inefficiency and ineffective of the ex-service chiefs?” He asked.

He maintained that the nomination was unmerited and a reward for inefficiency and stand condemned.

He revealed that the public opinion was generally against such a negative reward of failure, adding that Nigeria is not in shortage of credible, intelligent and effective diplomat to warrant such a recycling of ex-service chiefs as ambassadors.

Saka called on the National Assembly to reject the nomination in the interest of fairness since it was shameful and condemnable.