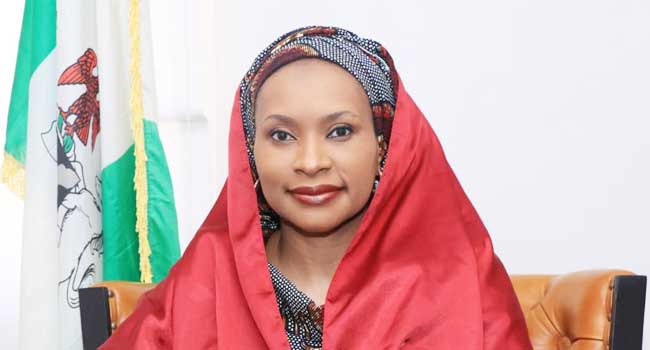 The First Lady of Kaduna State, Mrs Ummi El-Rufai, has asked members of the House of Assembly to enact a law that will ensure stiffer punishment for rapists.

She made the appeal on Tuesday during a visit to the Assembly complex for the public hearing on the bill to amend the state Penal Code 2017 after the bill scaled through the second reading.

Mrs El-Rufai proposed either castration or death sentence for rapists, describing such an act as a gross violation of the rights of women and children.

Expressing concern that an average of five rape cases especially minors are recorded in the state on daily basis, the governor’s wife noted that only severe penalty for rapists in the state penal code will serve as a deterrent to others.

Upon arriving at the committee meeting room of the State House of Assembly, she was warmly received by the Speaker Yusuf Zailani and other lawmakers.

Her mission here is to intimate the lawmakers on the dangers of rising rape cases in the state and the need for them to hasten the passage of a bill that will mete out severe punishment against rapists.

The bill which sought to amend section 258 of the principal law is to be amended so as to make it more effective in protecting the citizens of the state particularly women and children against rape and other sexual violence.

Reacting to the rape issue, the Speaker of the House in the Houser, promised to give the bill a speedy passage into law by next week after the public hearing.