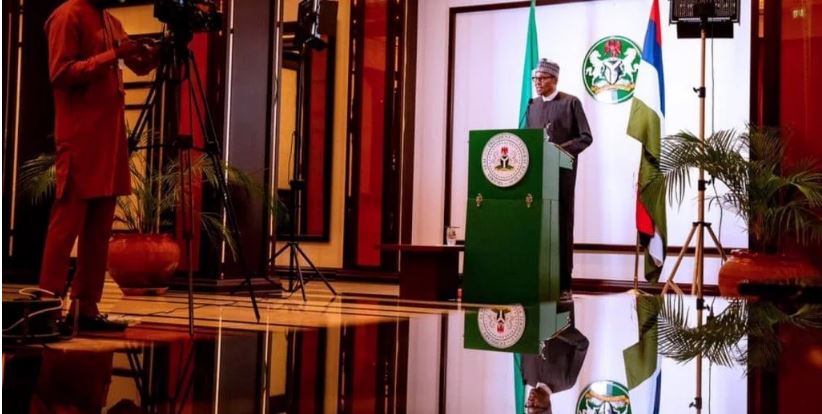 Buhari in his nationwide broadcast at 7am on Friday, said Nigeria, despite Coronavirus pandemic, recorded notable achievements.

The President said the external reserves grew from $33.42 billion on April 29th 2020 to about $36.00 billion in May, 2020, which is enough to finance seven months of import commitments.

Countering the President, Omokri released what he termed lies from Buhari’s broadcast.

The former presidential spokesman highlighted that foreign currency is not stable in Nigeria as opposed to what Buhari said, adding that Naira is very unstable and one of the world’s most underperforming currency, which has lost 20% of its value since COVID-19.

His tweets read: “First of all, General @MBuhari’s broadcast to the nation was not live. As I revealed earlier in the week, it was prerecorded. Not only was it prerecorded, but it is made up of outright lies and deliberate half truths, which I will expose

“General Buhari described Nigeria as “a shining example of democracy”. This is a lie. Nigeria’s democracy has severely eroded under this administration. We no longer have freedom of speech and we have indiscriminate arrests.

“General @MBuhari boasted of foreign currency stability. This is false. The Naira is very unstable. It is also one of the world’s most underperforming currency having lost 20% of its value since #COVID19

“General Buhari boasted of the success of the Anchor Borrowers Scheme. That scheme is a complete failure. Repayment has been abysmal. Less than 35% of beneficiaries are repaying. The scheme is anything but a success and may be stopped soon

“General Buhari boasted of “soaring investments”. This is an outright lie. Foreign Direct Investment to Nigeria is not “soaring”. We have lost our place as the number one destination of FDI in West Africa to Ghana

“Just as I predicted in this tweet, General Buhari took credit for the items I listed. Thank God I am alive to puncture his lies and half truths.”

According to him, President Buhari has not done well in the fight against COVID-19, hence should not be commended.

“Yesterday the Nigerian Centre for Disease Control registered its highest daily increase in new infection with 681 new cases. Two days earlier, it had registered its previous all times high of 663 cases. How can General Buhari pat himself in the back?

“The Lagos-Ibadan railway project, along with the other railways that General Buhari listed are the achievements of previous administrations. General Buhari should be honest enough to give credit where credit is due, instead of passing them off, as his saying that ‘for the first time in over 10 years Nigeria is conducting a bidding process in 57 marginal oil fields’; it is NOT an achievement.

“This is routine. It has nothing to do with General Buhari,” his tweet added.