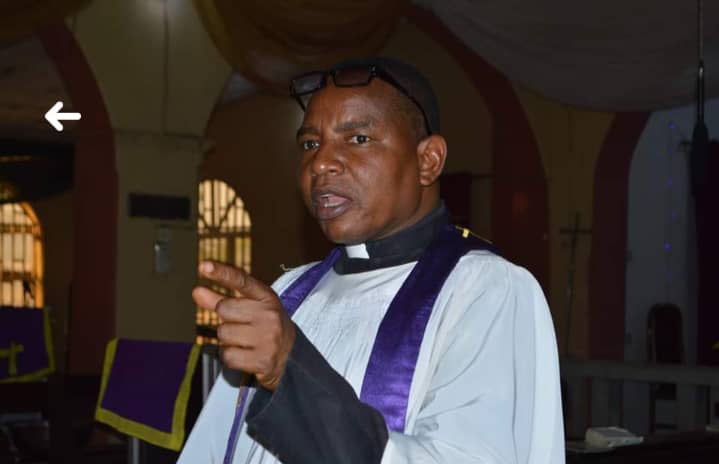 ✝️🔎TOPIC: BE YOUR BROTHER’S KEEPER

WATCH TODAY’S DEVOTIONAL MESSAGE VIA THIS LINK BELOW👇🏽

12. ” And this land, [which] we possessed at that time, from Aroer, which [is] by the River Arnon, and half the mountains of Gilead and its cities, I gave to the Reubenites and the Gadites.
13. “The rest of Gilead, and all Bashan, the kingdom of Og, I gave to half the tribe of Manasseh. (All the region of Argob, with all Bashan, was called the land of the giants.
14. “Jair the son of Manasseh took all the region of Argob, as far as the border of the Geshurites and the Maachathites, and called Bashan after his own name, Havoth Jair, to this day.)
15. “Also I gave Gilead to Machir.
16. “And to the Reubenites and the Gadites I gave from Gilead as far as the River Arnon, the middle of the river as [the] border, as far as the River Jabbok, the border of the people of Ammon;
17. “the plain also, with the Jordan as [the] border, from Chinnereth as far as the east side of the Sea of the Arabah (the Salt Sea), below the slopes of Pisgah.
18. ” Then I commanded you at that time, saying: ‘The LORD your God has given you this land to possess. All you men of valor shall cross over armed before your brethren, the children of Israel.
19. ‘But your wives, your little ones, and your livestock (I know that you have much livestock) shall stay in your cities which I have given you,
20. ‘until the LORD has given rest to your brethren as to you, and they also possess the land which the LORD your God is giving them beyond the Jordan. Then each of you may return to his possession which I have given you.’
21. “And I commanded Joshua at that time, saying, ‘Your eyes have seen all that the LORD your God has done to these two kings; so will the LORD do to all the kingdoms through which you pass.
22. ‘You must not fear them, for the LORD your God Himself fights for you.’

Our passage today is the account of the sharing of the land of promise among the various tribes of Israel. The land of Bashan was vast and suitable for pasture (Num. 32:1-42). It was taken by the tribe of Reuben, Gad and half tribe of Manasseh. Their request as seen in Numbers 32 was granted but with a condition that all the fighting men were obligated to continue with their brethren in the eradication of the nations from the land of Canaan, west of Jordan; only their wives, children and livestock were allowed to remain behind. This is a wonderful demonstration of how to be our brother’s keeper (v.20). Moses commanded them that they should not settle in their own possession until their brethren had got their own portion. David demonstrated a similar virtue after fighting and defeating the Amalekites in (1 Sam. 30:17 30). He sent the plunders to those who did not go to war with them.

This sacrifice by the tribes of Reuben, Gad and half tribe of Manasseh is a lesson for us all especially in our present day society that is basically selfish and self-centered. They did not think that their families would come to harm when they left to help their brethren, This is a show of practical Christian love and care. The bible enjoins us that we should learn not to seek our welfare only but also the welfare of others (Phil. 2:4). Make a difference today helping other brethren to acquire God’s promised possessions for
them.

✝️🙏🏽 PRAYER: Father, please help me to sacrifice my own comfort for the
welfare of other brethren in Jesus ‘Name. Amen.