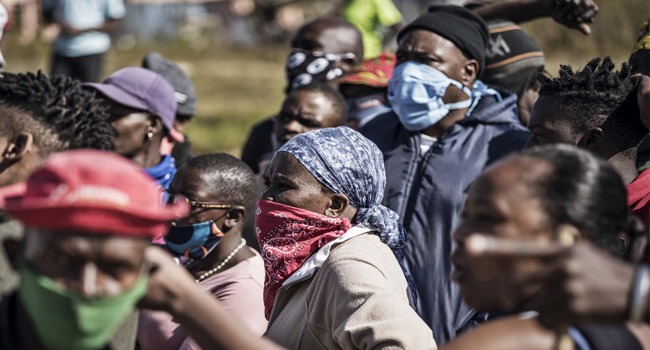 On Monday, South Africa takeoff its second phase of COVID-19 vaccinations basically for people who are aged 60 years and above.

The Health Minister of South Africa, Zweli Mkhize said this target would be materialized if the desired orders of vaccines were handed over in good time.

“We will begin to vaccinate citizens 60 years and older, who are the most vulnerable for becoming ill or dying of Covid-19,” the minister said during a webinar.

Health workers were immunized in February when it became the first country worldwide to administer inoculations by US pharma group Johnson & Johnson.

“By the end of June we expect to have received 4.5 million doses of Pfizer and two million doses from Johnson & Johnson,” Mkhize said.

In the beginning of 2021 the country purchased AstraZeneca vaccines after which they sold it to other African countries following fears that the vaccines would be less effective.

Then, after it started inoculating health workers, using the Johnson & Johnson jabs, it had to pause for two weeks mid-April to vet risks over blood clots that had been reported in the US.

After a brief lull, infections have climbed by as much as 46 percent between the last week of April and the first week of May.

South Africa has suffered the highest number of covid-19 cases in Africa – with more than 1.6 million infections and loosing over 55,000 people.