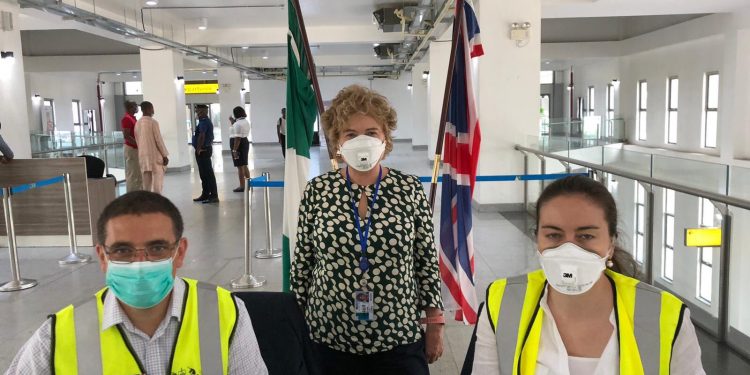 About 883 nationals from the United Kingdom and the United States were evacuated on April 18th from Lagos and Abuja as part of repatriation efforts being carried out by both governments over the COVID-19 pandemic.

The British High Commissioner to Nigeria, Catriona Laing, who was at the Abuja airport to coordinate operations, expressed the gratitude to the Federal Government for making the evacuation possible.

Delighted that our first @British_Airways charter flight has now taken off from #Nnamdi Azikiwe International airport. In this video I thank my team and all the Nigerian authorities who have helped us @fmaviationng @GeoffreyOnyeama @fedmintransport @UKinNigeria https://twitter.com/ukinnigeria/status/1251540276541378561 … 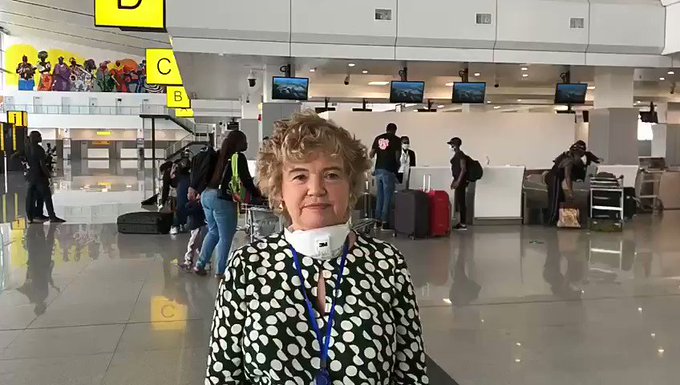 26 people are talking about this

She also stated that to be eligible for all flights, the primary residence has to be in the UK and that they prioritised helping the most vulnerable and those who have an underlying medical condition placing them at greater risk of serious illness if they contact COVID-19.

“I want to say thank you to the government of Nigeria for all the support they have given us. I particularly want to thank the Ministry of Foreign Affairs and the Ministry of Aviation, the Federal Capital Territory and the Lagos State government.

“It has been a really challenging process because we have had thousands of British citizens overseas wanting to get back and I appreciate my team that have worked tirelessly to put this together.

“For these first few flights, we have been prioritising vulnerable British citizens who are at risk of contracting COVID-19, the elderly, the disabled and those with children. There will be more flights coming to Lagos and I urge more people to book because the more people book, the better chances we have when we make a case to London for more flights. Many of the passengers I spoke to have Nigerian-British heritage, so we are seeing the best of both worlds,” Laing said.

With some of my team checking the flight manifest. These are people who normally work on climate change, conflict in the NE and visas but have become experts in constructing a flight manifest! Just brilliant. #GettingBritshcitizenshome ⁦@UKinNigeria⁩ 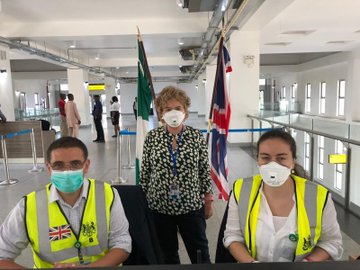 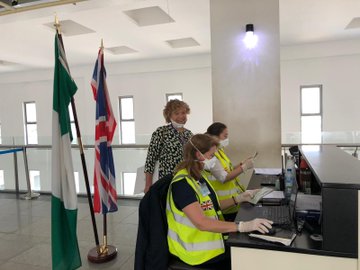 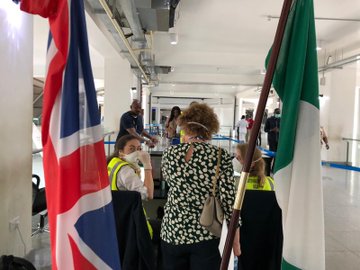 The UK mission had earlier stated that the nationals would pay under £500 for their seats and that the Federal Government has assured that people who exceed their authorised visa stays as a result of travel restrictions linked to COVID-19 will not be penalised as over-stayers when they depart.

The US government also evacuated over 340 Americans from MMIA in addition to the 940 that were airlifted recently.

So far, over 3,000 foreign nationals from the US, Canada, Germany, Israel, Lebanon, Egypt South Africa and France have been evacuated from their countries. The Nigerian Mission in the UK has also received over 140 applications from Nigerians resident in Britain who are interested in being evacuated.