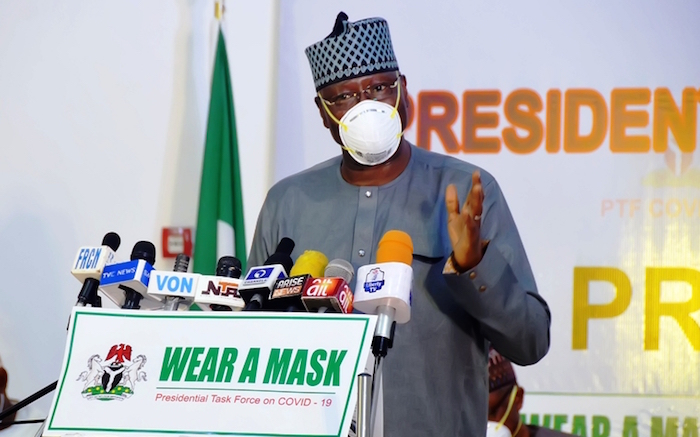 The Federal Government of Nigeria on Monday through its Presidential Steering Committee (PSC) on COVID-19 announced the shutting down of bars, night clubs and recreational centers indefinitely across all 36 states and the Federal Capital Territory (FCT).

This new directive is to take effect by midnight of Tuesday, a member of the Presidential Steering Committee (PSC) on COVID-19, Dr Mukhtar Mohammed, declared.

Mohammed, who is the Head of Technical Secretariat of the PSC, made the announcement while briefing reporters on Monday in Abuja.

With the restrictions imposed, mass gatherings in public spaces have been restricted to 50 people at any given time.

Access to government institutions would also be denied to anyone not wearing a face mask while government meetings and travels have been limited to the virtual platform.

According to Mohammed, the government has directed that bars and nightclubs should remain closed and the nationwide curfew will be in force until further notice.

He added that only essential international travels would be encouraged, and all existing protocols must be strictly adhered to.

The PSC member, however, stated that there was no limitation to intra-state travel.

On his part, the Secretary to the Government of the Federation (SGF), Mr Boss Mustapha, said returning foreign passengers who fled the quarantine facilities and violated the compulsory requirement would not go unpunished.

He noted that the committee has received reports that some persons who recently returned to the country violated the mandatory quarantine requirement under the advisory by escaping from the facilities.

Mustapha, who is also the PSC Chairman, condemned the violation of the nation’s laws and hospitality, noting that the committee was awaiting the report of ongoing investigations and would impose appropriate sanctions on the violators.

He revealed that the PSC has considered several pre-emptive measures to be taken to mitigate the likely impact of the variants of COVID-19, should they get imported into Nigeria.

The SGF explained that the step became important in view of the fragile state of the nation’s health systems, the disruption to the delivery of vaccines, and the lack of compliance with the extant public health measures and social measures contained in the Coronavirus Disease (COVID-19) Health Protection Regulations 2021.

According to him, it is imperative to reinstitute the various public health measures that were put in place under the health protection regulations.