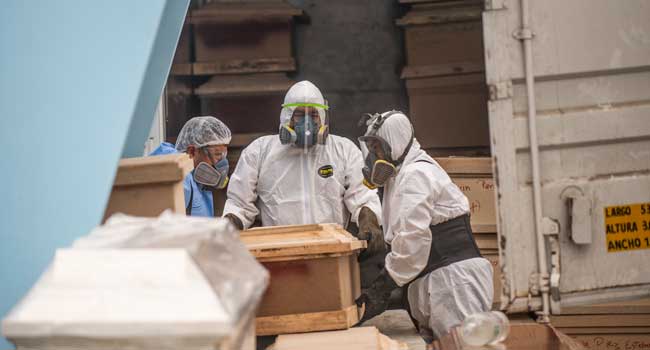 The United States has racked up by far the largest death toll of the pandemic, ahead of Brazil and India.

“There’s still too many lives being lost,” Biden said, noting that the daily number of dead has dropped sharply since the peak of the pandemic but that the continuing loss of life was still “a real tragedy.”

“My heart goes out to all those who have lost a loved one,” Biden said, speaking on Monday in Brussels as the tally ticked close to 600,000.

“We have more work to do to beat this virus. And now’s not the time to let our guard down. Please get vaccinated as soon as possible.”

The massive vaccination campaign has been pushed by US health authorities since the authorization of the first vaccines in December, and peaked in April, with up to more than four million shots a day.

But the pace has slowed rapidly since then, and unvaccinated people still remain vulnerable to the disease.

Just over 52 percent of the US population, or 174 million people, have already received at least one dose of one of the three vaccines authorized in the country, according to health officials.

Biden has set a goal of 70 percent of adults to have received at least one shot by the national holiday of July 4, but the program may fall short of that goal.