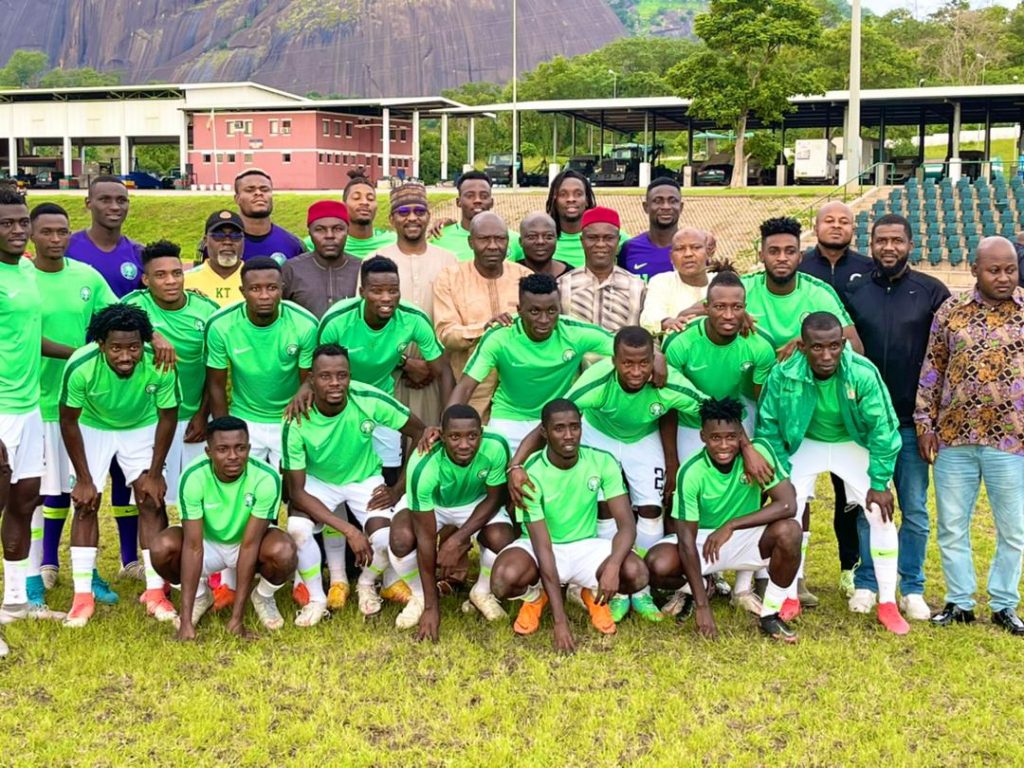 Members of the Nigeria Professional Football League, NPFL, Club Owners Association of Nigeria on Monday paid a surprised visit to the training session of the Super Eagles B players at the Aguiyi Ironsi Cantonment playing field in Abuja.

Addressing the players and officials, Danladi, on behalf of the Club Owners Association, assured them of maximum support and charged them to be good Ambassadors of the Nigeria top flight league, the NPFL, as they travel to America to face Mexico in an international friendly game.

He also sympathised with the stand-in coach of the team, Paul Aigbogun, who lost his mother and prayed for the repose of her soul, and for God to console the family.

Speaking on behalf of the players, team captain, Ikechukwu Ezenwa, thanked the Club Owners for the visit and assured that the team will represent the NPFL and make Nigeria Football proud.