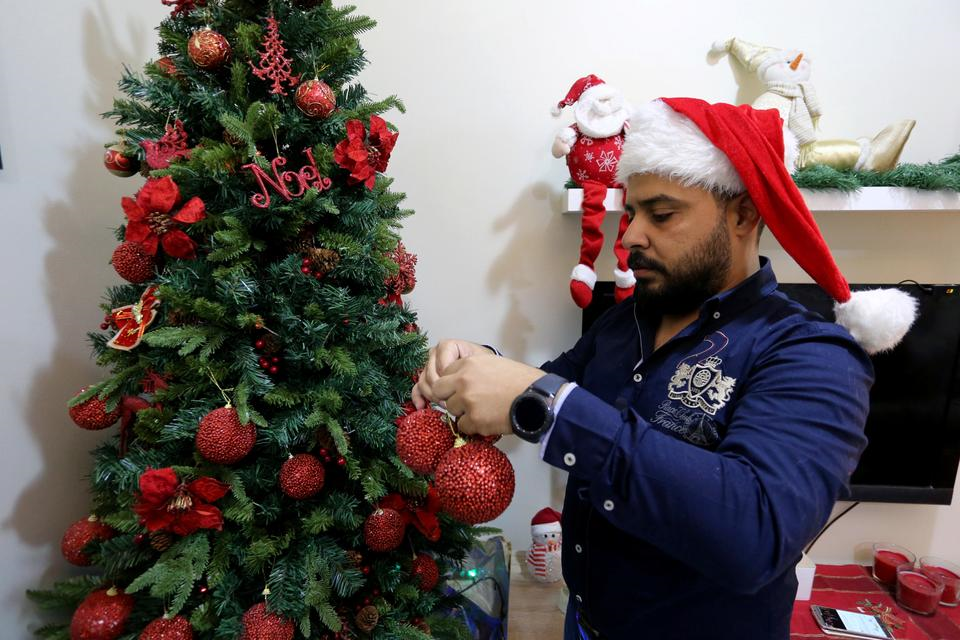 The Muslim-majority country has recently experienced a lot of changes in terms of liberalising the use of other religious symbols and celebrating non-Muslim holidays.

Most recently, Christmas trees, some of which were priced at around 3,000 dollars, have surprised many Saudi citizens around the kingdom as Riyadh shows how tolerant it has been toward non-Muslim religious festivities. The kingdom started easing restrictions on Christmas celebrations last year.

Christmas has long been a controversial issue across the Islamic world as more conservative Muslims see it as part of the West’s cultural colonialism.

In the past, Riyadh banned all non-Islamic celebrations in public as the country’s official Wahhabi religious ideology regards it as a form of blasphemy. But under MBS, that understanding has been replaced with a more liberal understanding of non-Muslim holidays.

“Now, Christmas cheer is creeping into Saudi Arabia as social restrictions ease under Crown Prince Mohammed bin Salman, who wants Saudis to have some fun and spend more money at home and needs foreigners to enjoy living here enough to stay and help build new industries unrelated to oil,” The Wall Street Journal reported from Riyadh.

Saudi supermarkets are now full of Christmas trees, some very expensive ones, and other sale items related to the holiday as the country’s religious police avoid Christmas shoppers.

In October, the kingdom also took part in Halloween celebrations, an Anglo-Saxon-origin event, which has commercially spread to several other countries.

But Santa Claus can still not ring his bell in Saudi Arabia. “They are only strict with Santa Claus,” said a salesman to the WSJ, referring to the country’s religious police.

Under MBS’ new reforms, Saudis are embracing Western-led global culture from pop stars to sports events, but it’s not clear whether these changes are just cosmetic or not as criticism toward the country’s human rights record continues to pile up.

Last month, Canada’s Justin Bieber performed in Jeddah in front of a large audience as famous models like Alessandra Ambrosio and Sara Sampaio modelled new designs to customers in fashion shows. The kingdom also hosted the Red Sea Film Festival, which screened many movies even from countries like Iran, a country at loggerheads with the Kingdom.

This year, Saudi authorities even allowed movies like “Father Christmas Is Back” to screen in the kingdom. Since 2018, Saudi movie theaters have been allowed to screen international films.

Some Muslim intellectuals have long criticised the changes as decorative. Top down changes, which do not care about ordinary citizen’s values and customs, have faced popular resistance, leading to the emergence of religiously-inspired groups across the Islamic world, according to Serif Mardin, a leading Turkish intellectual.